In my quest to live a greener lifestyle I have been trying out water only hair washing for seven weeks so far.  It's also known as 'no poo'!

Yuck, you might be thinking, and at this very moment in time you’re not far off wrong!  I’m now seven weeks into attempting to wash my hair with water only and I’m still in a pretty gross transition stage!  I was hoping to be out of it after 6 weeks, which is what I’d read on a few blogs, but just read an article saying it took someone three months for their hair to normalise.  THREE MONTHS.  Arg.

Luckily I don’t have a social life and spend a lot of time at home or with only close friends and family.  If I had to constantly surround myself with people I didn’t know I may not have been brave enough to experiment like this.  I do still worry about the preschool runs – they must wonder why on earth my hair is so gross! 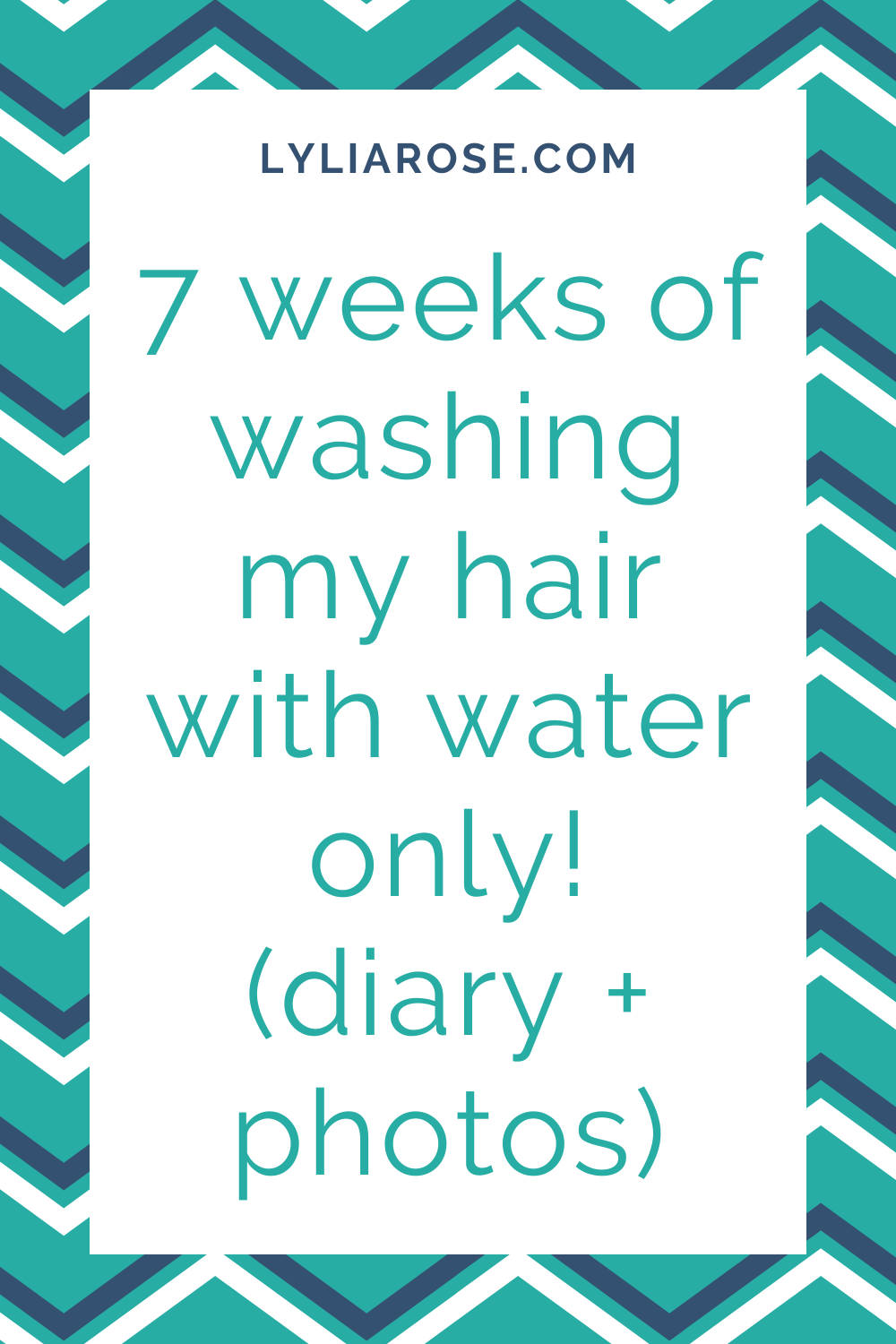 What I’m hoping is it will all be worth it.  I’ve read numerous reviews of this method with bloggers absolutely gushing about how incredible their hair looks – the best it’s ever looked, people realising they had curly hair and not straight as it was weighed down with products, split ends disappearing and ends of hair no longer needing cutting.  The list goes on.  Most of them say to stick it out as it will be SO worth it.

Being one who has transitioned to a natural beauty regime over the past few years and become more concerned with what I’m flushing down into the environment (poor fish), I just knew I had to try this water only hair washing method to see for myself.  If the claims are true and I can have beautiful hair without using any product then I’m all for it.

Deciding to go 'no poo'

I think I first saw the hashtag #nopoo on Twitter and was instantly intrigued.  It could just be a fad, but then upon researching you’ll realise shampoo was only invented in the 30s and hopefully everyone before this wasn’t walking around with totally disgusting hair!

Lots of natural products were used on hair and most who do the WO (water only) hair washing method ease themselves into it by treating their hair with eggs, honey or baking soda, to name a few.  I decided to go ‘cold turkey’ and just switch to WO straight away.

I’ve been using water only.  Nothing else.  Nada.  The first couple of week my hair was disgusting.  Really gross.  Then it calmed down a little and was just greasy every few days. I thought I was making progress, but after a month it started going really horrible again.

The biggest problem I now have seven weeks in is some white sticky waxy stuff coating my roots.  In a photo it looks like dandruff (which I’ve never suffered from), but it’s really sticky and I’ve read it could be a build up of sebum whilst the natural oil regulates itself and the hair gets used to cleaning itself.

My brush is coated in this sticky white stuff after brushing and I have to clean the hairbrush every time I brush my hair.  I read a blogger say this was baking soda residue, but not for me as I’m not using baking soda, so perhaps it’s not for her either.

Another article or two says it could be from the initial over build-up of sebum so to use a no sulfate natural shampoo to clarify the hair just once.  I’m going to reluctantly give in and try this as the water only is just not getting rid of this gunk.

I then hope my hair will start to look awesome as many of the claims promise or I will just have to give up.

Aside from the roots and this weird sticky stuff the rest of my hair has been looking very shiny and lovely.  If I can get my roots to match then I’ll definitely be impressed. 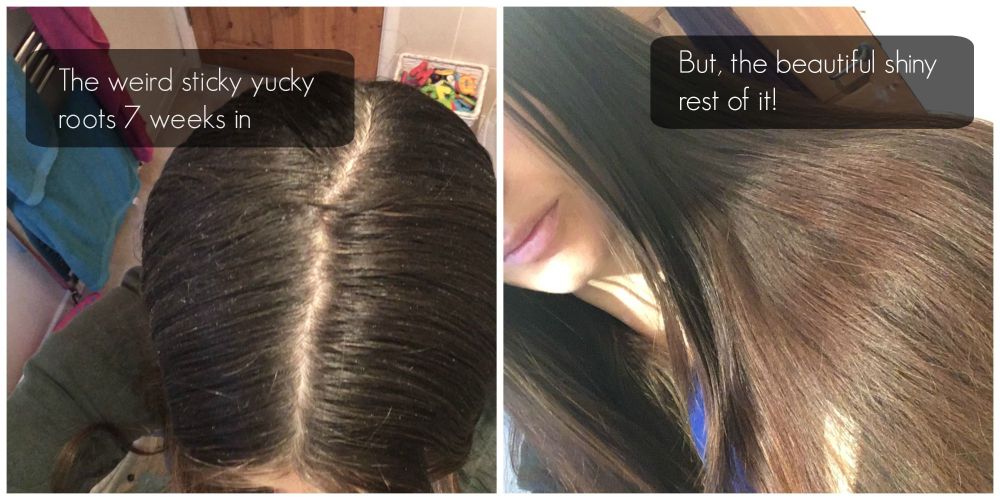 If you’re thinking of giving this a go have a Google search as there are loads of articles about how to do it properly with preening and scritching!  That’s moving the oil down the hair from the roots to condition before washing and giving your head a good massage with fingertips to lift dirt/sebum before washing (and during).  A boar bristle brush is also recommended to remove dirt and distribute the hairs natural oils throughout.

Click here to read my 11 week update here to see what happened next...! How to be more eco-friendly: