Ever wondered how much of an impact veganism really has on the environment?

A leading vegan charity calculated the total savings by the 10,000 people who ate vegan for a week after signing up to its seven-day challenge, and the results are astonishing.

Over the past few years I’ve become really interested in healthy living and have considered veganism.  For now I’m a vegetarian who avoids dairy and doesn’t eat refined added sugar.  I try to eat as healthily as possible.  I’m not sure I’ll ever be a vegan, but I’m not far off!  I still eat honey.  I also still eat eggs which we get fresh from our chickens in our garden, so I know they are well cared for.  I’ve not eaten dairy for the past four weeks, aside from some veg in a pub which were covered in butter, doh!  I’m not strictly ‘not eating dairy’, but just trying it for now.  I’m still eating some goat’s cheese as I’m a cheese addict and need to ease myself into this no cheese business.  I do believe that eating less meat is much better for the environment and us.  I can’t imagine ever eating meat again.  I feel so much better without it.  Plus I don’t want animals killed for me when they don’t need to be.

I don’t usually share news releases I receive, but I found this one really interesting, so just wanted to share it with you:

Participants in The Vegan Society’s environmental campaign Plate Up for the Planet included Green Party co-leader Caroline Lucas MP and collectively saved 147,000 kg CO2e, equivalent to being able to fly to the moon and back.

With many of those remaining vegan, this huge impact is likely to be amplified with the campaign still continuing after reaching the 10,000 milestone.

Louise Davies, Head of Campaigns and Policy at The Vegan Society, said: “Going vegan is one of the most significant things an individual can do to help combat climate change, and indeed many environmentalists follow the lifestyle to decrease their impact on the planet.

“Those who signed up to our seven-day vegan challenge were shown how much CO2 emissions they’ve saved compared to non-vegan equivalents of the meals.

“What they’ve saved over the course of the week is astonishing and surprised many people, which we hope will lead to more people concerned with the environment choosing the vegan lifestyle.”

The campaign has enjoyed support from MPs and celebrities, including Made in Chelsea’s Lucy Watson, poet Benjamin Zephaniah and Harry Potter star Evanna Lynch.

Green Party co-leader Caroline Lucas MP, who took the seven-day vegan challenge, said: “As a vegetarian, I’m very aware of the climate and animal welfare impacts of a meat based diet, but in the past I’ve struggled to eat only vegan food. The Vegan Society’s seven-day challenge provided a welcome catalyst to prompt me to go further, and reminded me just how delicious vegan food can be.”

Research published last month by The Vegan Society found that 1 in 5 respondents (19%) said they would consider becoming vegan while the UK’s current vegan population is around 1%.

Plate Up for the Planet encourages people to think differently about what they eat and how it impacts our planet, as with every 100 calories fed to animals, only 12 calories are received back by consuming their meat and milk.

To try the seven day vegan challenge as part of #PlateUpforthePlanet, sign up for free with your email address at www.vegansociety.com/plateup.

Related articles:
3 important reasons to choose organic (other than your health)
Your ultimate inspirational guide to being truly healthy
Getting the Kids to Eat Healthier
Physical education is no longer physical! 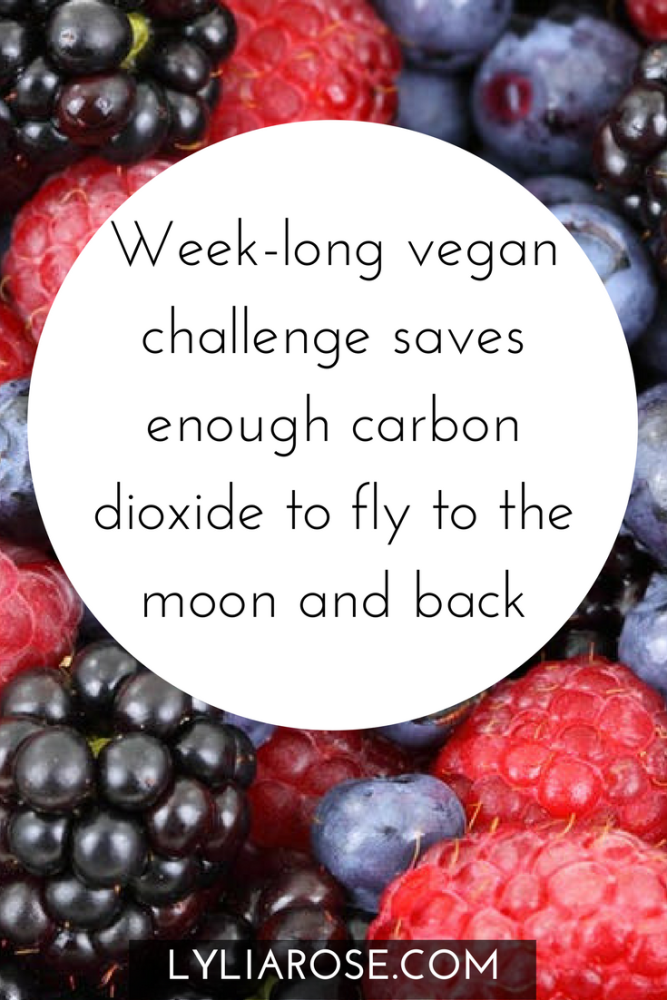