So today was the day - the day I expect most people are very, very excited about, but not me.  I did try to build my confidence up and thought I would be OK and it wouldn’t look too bad, but I was wrong.  Driving home after the appointment the tears started.  I composed myself, but as soon as I saw my husband Ben they flooded out of me again.

The poor orthodontist is probably used to her clients being so excited and ecstatic on their brace-off day and thanking them, but as soon as I saw myself in the mirror I put it straight down and shuffled out of there as quickly as I could.  The look of embarrassment and disappointment was clear to see on my face.  I couldn’t hide it and I didn’t want to speak to anyone else with my teeth on show.

At least one good thing will come out of this – I’ll not want to eat in public for a long while so we’ll save some money by not eating out!  Or at least I will.

Welcome to my latest Braces at 30 blog post where I share my experience of wearing a brace as an adult with updates from each appointment.  I had my braces fitted when I was 30 years old.  I’m now 32 and have had braces on for over two years!  Below I share what happened at my latest appointment.

Click here for my last appointment update in case you missed it.

So today was a big day.  After 26 months of continuous wear, I had my top brace removed.  We were hoping the top and bottom braces would come off today, but there are still  two gaps that need closing at the bottom.  I have an appointment booked in four weeks which should be the removal of the bottom brace.  So for the bottom today, it was simply tightening the wire and adding new elastic loops over the whole lot to close these final pesky gaps.

I knew the top brace was ready to come off this time.  It was the third appointment we had arranged to remove it.  The last two times it wasn’t ready and I knew it wasn’t ready.  I obviously knew I was going to have 24 hours after with a huge gap next to my front tooth and I thought I'd be OK with it.  I’ll be having a bridge with false tooth here eventually, but only after about 6 months of wearing the retainer full time.  The retainer will have a false tooth within it, but I can’t pick up my retainer until tomorrow.  So one whole day with a huge gap.

The final plan is to add a bridge and false tooth to the one side with the big gap.  The plan for the other side was to add a veneer to my peg tooth to create the other lateral incisor, but that might not happen now.  My peg tooth is now wobbly.  Like really wobbly.  It feels like it’s going to fall out! So now I may need to have it removed, if it doesn’t fall out, and just have two false teeth either side.  Two bridges.

That will all be fine in the end, but right now it means massive gaps for today.  Once I have the retainer tomorrow, which is see-through, I’ll have the gap  next to the peg tooth on show, but a false tooth hiding the other gap.  Hopefully that won’t look too awful and I’ll feel a bit better.

I will need to remove the retainer to eat and so the gaps will then be on show.  I’m going to be too embarrassed to eat in public as it just looks awful.

Right now I feel SO gappy and my teeth look ugly and strange.  The front teeth look humongous and very yellow.  Probably as I haven't seen them for over two years.  Also emphasised by the fact there’s a gap either side which really makes them stand out.

My peg tooth is super wobbly and I can’t see it staying in or settling so I’m paranoid that’s going to fall out at any moment.  I basically just feel really down and upset right now.  I want to hide at home.

I hope I’ll feel better with the retainer tomorrow, but I’m aware there’s going to be the gap by the peg tooth on show for at least six months.  Even with the retainer.  The retainer is totally see-through so it just looks like normal teeth to other people.  At least with the brace there was wire, brackets and elastics hiding and disguising the gaps.  The brace showed the reason for why gaps were there.  I'm worrying the retainer obviously won't, so I'll just look like I have massive gaps and missing teeth for six months.

The happiest day for me will be once I have the false teeth in place.  I cannot wait.  But it may be another six months away.  Arg.

I'm so over this experience now and ready for it to all be over.

I kind of feel like my face is back to the beginning!! 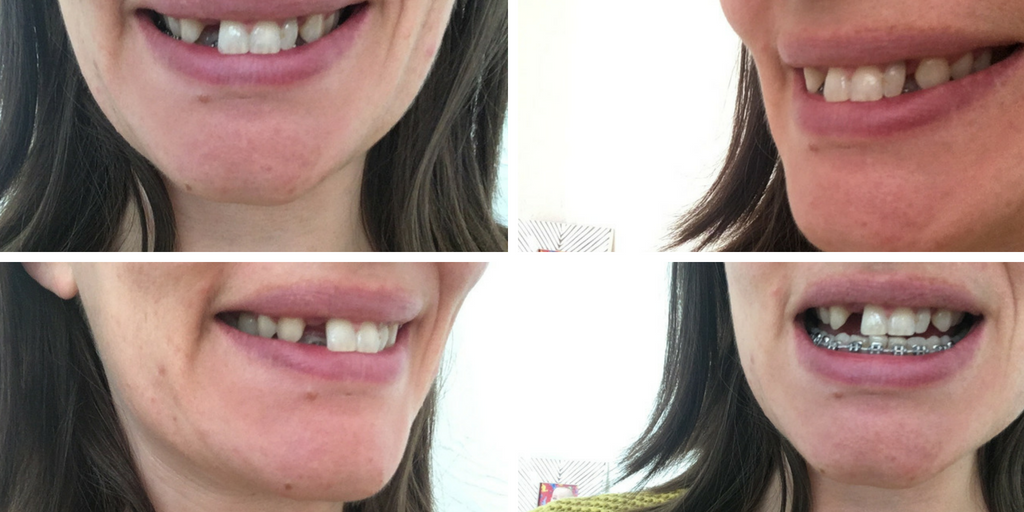 Here's a timeline of my brace journey: 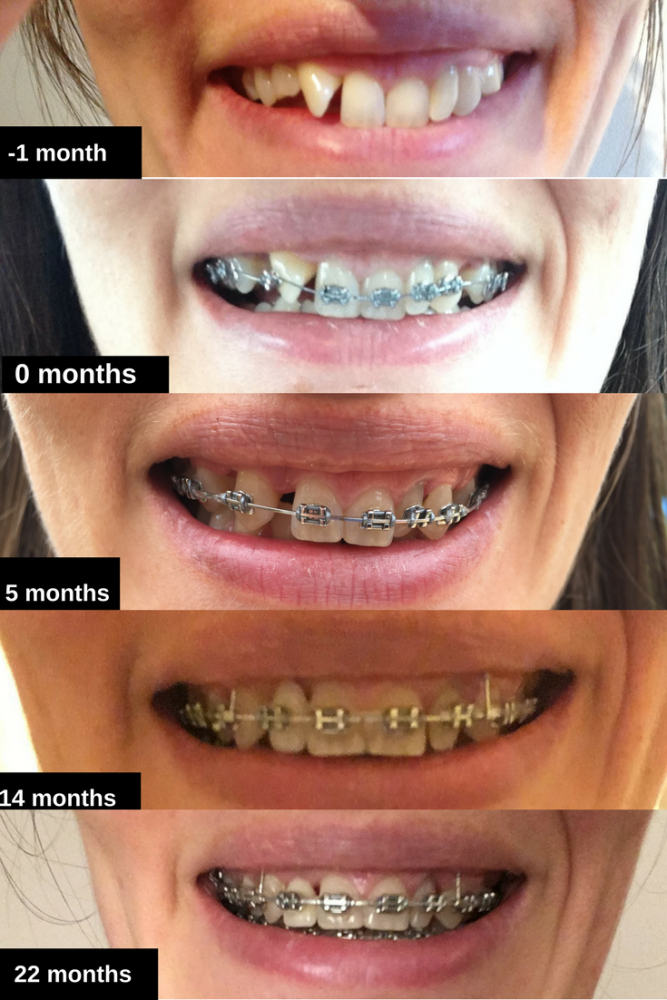