We are in interesting times across the world as interest rates and economies change.  Each country has in some way been affected so let's take a look at these in a little more detail. 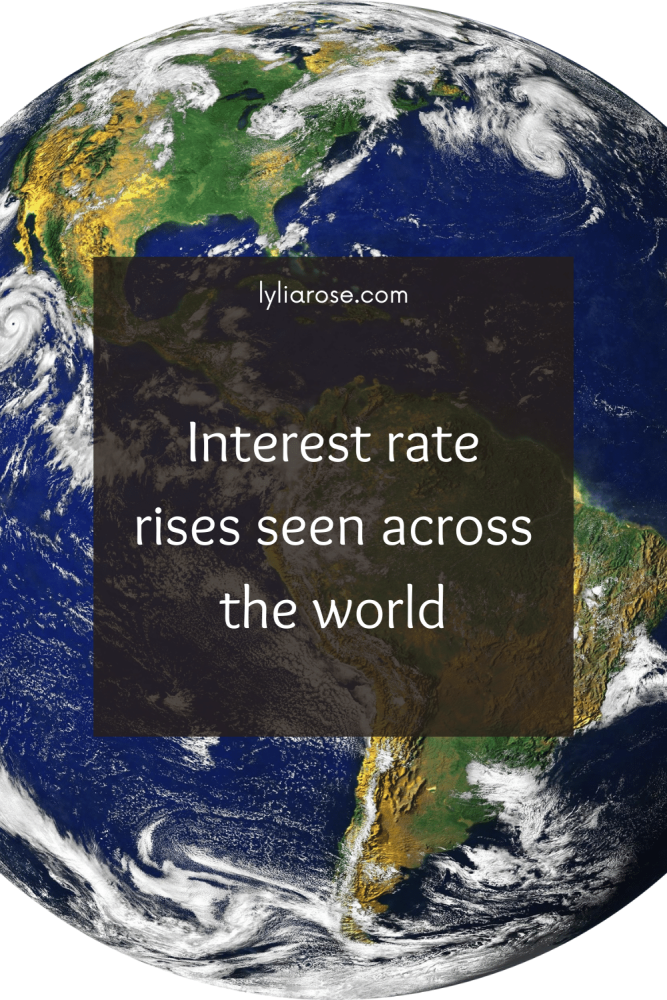 In recent months, we have seen a marked increase in the interest rates being charged by banks and other financial institutions across the globe. This trend will continue as economies recover from the global pandemic that plunged severely affected all nations in the coming months and years.

"Although each county's economy is structured differently, the simultaneous increase in interest rates among them can be flagged as an area of concern. We can attribute this to the inflationary pressures all around the world pushing countries to raise interest rates. This is expected to trickle down to the masses: higher borrowing costs, cost of living, and consumer goods. Hence, proper financing, especially regarding loans, is a must," says Shane Perry, Max Funding's second mortgage loan advisor.

Read along to learn about the rise in interest rates in major economies worldwide.

To address the nation's inflation, the interest rate escalated to 1.75% from the former 1.50% rate. This move done by the United States Federal Reserve is seen as the highest rise in the last 30 years.

US Citizens have mixed reactions toward the move of the Federal Reserve. The majority are worried about plunging the country into another recession; the high inflation rate and rise in interest rates have caused a surge in consumer goods, leaving Americans with excruciating living costs. On the other hand, optimists hope that the Federal Reserve's intervention can address inflation.

In the United Kingdom, interest rates have reached 1.25%, which upped the rates by 25 basis points. This is the fifth surge in interest rate by The Bank of England.

This hike is expected to affect citizens in the form of higher borrowing costs and mortgages. While there are already countries that have raised their interests prior to the United Kingdom, other countries are likely to follow suit and raise their interest rates to keep pace with their neighbouring countries.

In Canada, interest rates rose to 2.5% from their former rate of 1.5%. This surprising 100-basis increase by the Bank of Canada is considered the most significant increase since August 1998 in the country. Hence, for homebuyers who have been enjoying low mortgage rates, the prospect of higher interest costs will be a difficult pill to swallow. Moreover, rates are seen to rise until 2023 but will eventually stabilise by 2024.

Australia is in its third month of upping its interest rates which marked the fastest rise in the country since 1994. The latest interest rate in the country is 1.35%, as set by the Reserve Bank of Australia. This is expected to affect mortgages by increasing repayments for those with variable rates as well as a spike in consumer goods prices.