I've been using this baobab powder for over one year now.  It's amazing stuff.  You may have seen a big campaign recently to #makebaobabfamous!
The powder is from the nutrient packed baobab superfruit found on Africa's magnificent 'tree of life' baobab trees.  It's a 100% raw natural whole food. 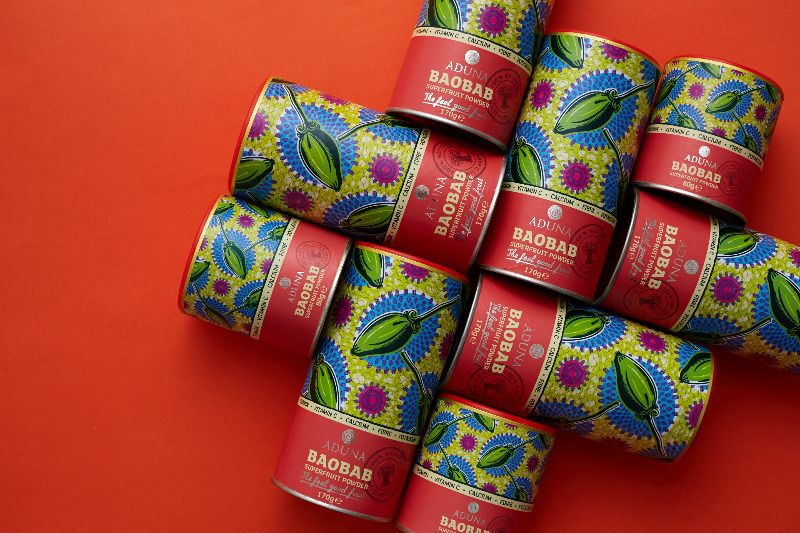 The baobab powder comes directly from inside the fruit itself.  The fruit does not fall from the tree until it has naturally dried for six months in the sun.  By this point the shell has hardened and the insides have totally dried out.
Aduna simply remove the seeds and sieve the dried out remains.  No nasty chemicals, additives or preservatives involved!
Aduna also transport their fruit the best way possible.  They keep the fruit intact whilst transporting it to their processing centre so it doesn't get contaminated.  Other companies often remove the pulp for transportation. 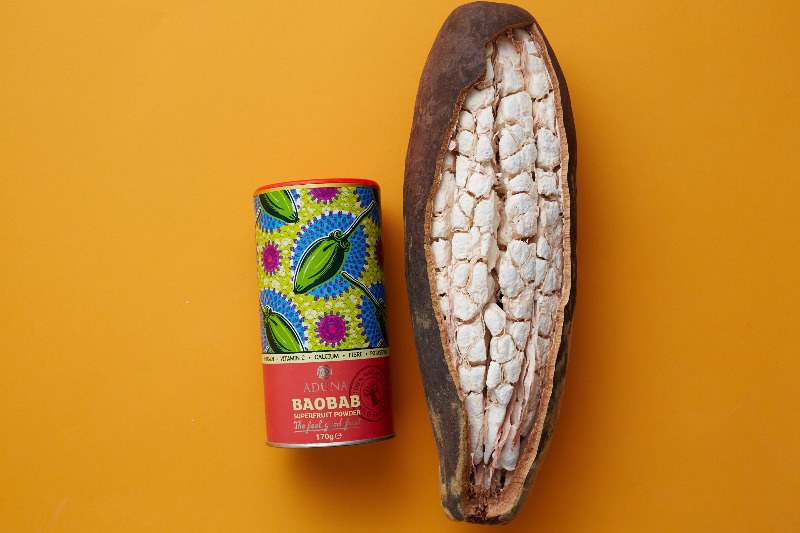 The baobab tree is pretty amazing itself.  It can live for a whopping 5000 years, surviving in challenging conditions!
Where little else thrives, it stores vast amounts of water in its oversized trunk and creates one of the most nutrient dense foods on the planet.  Quite astonishing.
Each tree is owned by African communities and wild harvested; there is no such thing as a baobab plantation.
Aduna obtain their baobab from rural communities in Ghana.  They also employ thirty women in their processing centre, generating a much needed income during dry season.
Aduna believe they can help sustain 8-10 million rural African households if they make baobab famous!
Buying from Aduna not only massively benefits your health, but also benefits the livelihood and wellbeing of African communities.  That's really quite something. 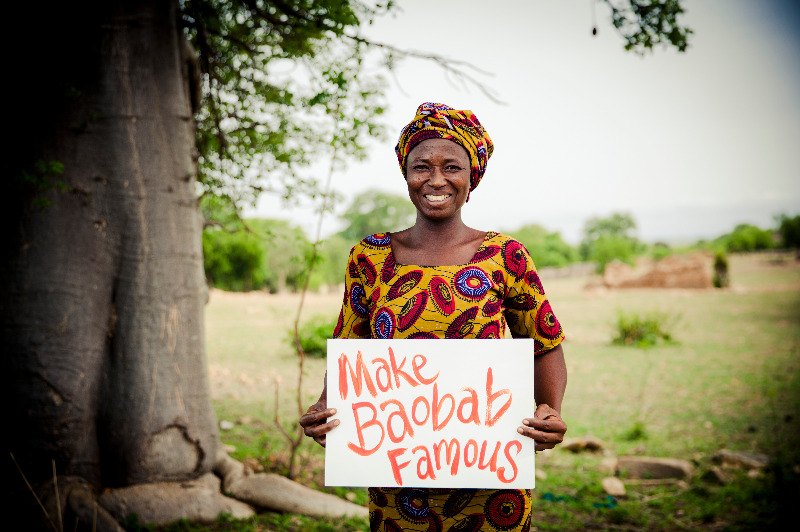 Baobab is a rich source of vitamin C, thiamin (B1), potassium and calcium. It is also a source of vitamin B6.
It contains a lot of fibre, nearly 50%, and tons of antioxidants.
This combination has numerous health and beauty benefits including:
The powder is very versatile and can be added into most foods.  Aduna's baobab has a sweet citrusy flavour so I'd recommend adding to desserts, cereals, smoothies and juices.
One of my favourite things so far is adding a couple of teaspoons to natural yoghurt.  It creates a fab citrus tang which can be sweetened by adding a teaspoon of desiccated coconut.
It's also worked well mixed into my morning muesli giving the milk a citrus punch!  I'll be posting a great whole orange juice baobab recipe tomorrow.
If you're not a fan of the powder, they sell some pretty scrummy baobab chewy snack bars too!  Yum!
To find out even more information about Aduna and baobab click www.aduna.com.
#makebaobabfamous