Typically, acne is associated with teenagers and young adults, but unfortunately, some of us are unlucky enough to get it even after we have crossed into our thirties! It doesn’t seem fair to have to battle signs of aging and teenage pimples at the same time, but it isn’t that uncommon either. If you are in such a position that you need to deal with both at the same time, action needs to be taken. Thanks to clearawayacne.com you can quickly gather the most useful info on what exactly it is that you need to be doing, including home remedies. You will be introduced to techniques that can help make your skin healthier, and at the same time more glowing.

Knowing all this doesn’t make it any easier when you are suffering with adult acne though and have a big breakout.  I have suffered my fair share of adult acne since I hit my late twenties and it’s only now I’m 33, five years after it got really bad, that my skin is finally beginning to clear thanks to some natural solutions that I’ve recently discovered.

To understand adult acne and to find ways of reducing and treating the problem from the root, take a look at the following four common causes of adult acne and their respective solutions.

Let’s get the obvious out of the way first because we all know that it’s the hormones that are primarily responsible for not just zits, but a bunch of other skin problems as well. Spikes in certain hormones usually make the skin susceptible to pimples, but shouldn’t the hormonal imbalance of the teen years stabilise by the time you reach your thirties? In a majority of the cases, that is true, but that is not what always happens and there is also another common cause for hormonal imbalance that often plagues women well into their forties, which is menstruation.

While hormonal fluctuations before and during menstruation is natural, sometimes, a spike in the androgens, aka male hormones, is usually what brings forth those nasty cystic pimples on your chin, back and neck. Even though the hormonal imbalance will likely stabilise soon after, by the time the acne starts to clear out, it’s already time for another period! As you can imagine, this is a painful and seemingly never-ending cycle that you do not have any control over, and can only be countered with specialised medical treatment.

For example, The Dermatology Clinic specialises in acne treatment by countering each symptom of adult acne separately. First, they will treat the painful outbreak to minimise the chances of scarring and then oral and topical medication will be prescribed to prevent the spots from breaking out in the first place. If you have adult acne that breaks out just before your get your period then you may wish to get it treated by a clinic like this to prevent permanent scarring.

Sometimes it’s not hormones, but some lifestyle factors that can cause our adult acne.  There are also some natural ways to help combat acne and they don’t involve spending money either.  Check out the next two points.

Stress causes pimples, irrespective of our age because stress induces the secretion of cortisol and testosterone. Our bodies are programmed in such a way that when we get stressed, adrenalin is released into the blood stream as a natural reaction to that stress, alongside a small amount of testosterone which is the primary male hormone responsible for causing adult acne. In other words, the more stressed an adult is, the higher his/her chances are of developing acne issues during both their teen years and during adult life. Try to avoid stressful situations in general, but since that is not always an option, consider some of the common stress busting techniques, as mentioned below:

I’m certain there are a wide range of reasons for my acne and hormones definitely play a part around my period date, as well as stress on a daily basis.  I’ve been practicing yoga much more for over a year now and find it very calming.  I also run several times a week and do my best to get a good night’s sleep.  I still do get stressed each day and really need to work on reducing my stress levels more as I know they are not good for overall health or acne. 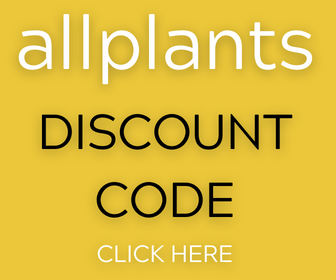 The only difference between a child’s sweet tooth and that of an adult is that the child can be restricted, but an adult can pretty much eat whatever he/she wants to! Most adults who have a nagging acne problem that just won’t go away usually have high blood sugar levels, which leads to excess insulin secretion. Insulin directly affects the secretion of androgens, which are all responsible for boosting excess oil and sebum production in our skin. Of course, the high blood glucose levels could also be caused by conditions such as diabetes, in which case, management of the sugar and insulin levels with medication would be necessary. In general, though, most people with acne benefit from reducing or even eliminating refined sugar consumption completely.

When my adult acne was really bad, my diet was really bad.  When my eldest turned one I got a job working from 6pm until midnight and so I ate my dinner really late, at around 9pm.  I chose a meal deal at the place I worked and made really poor choices.  I also carried around sweets in my pocket which I ate on my shift!  I’m sure the late nights, lack of sleep and terrible eating habits made my acne so much worse.  I ate really bad foods back then as it was just before I got really into healthy eating and returned to vegetarianism.  I was veggie for five years and now for the past year I have been vegan and consumed no animal products at all.  I also hate refined sugar and rarely eat anything with added sugars.  My acne has cleared up so much and I’m sure that cutting out sugar and dairy has made the biggest difference. It got so bad before this, especially when I was working late shifts and munching on sweets that it was all over my entire face.  Now I have a few pimples which is even so much better than say six months ago, when my husband Ben so lovingly shone a light on my jawline to enquire about my 50 or so spots under the skin!

In spite of being extremely common, adult acne does cause severe self-confidence issues and it does affect one’s social perception as well. This is all the more reason to understand the causes and treat them before scarring can occur, which is even harder to get rid of than acne.  Try some of the tips discussed to help combat the problem.  For me the biggest improvement to my acne has been a move away from consuming animal products and sugary foods, as well as more exercise and yoga to help with stress relief.  You can also try organic products such as Vitamin C Serums to help heal your skin.  I'd definitely recommend the most natural and organic products you can find.  It’s not been an instant fix for me, but almost a year after making these lifestyle changes I am now seeing massive improvements.

How to go sugar-free

5 tips to get a better night’s sleep naturally