The year is whizzing by ridiculously and as I type this we have just started the Easter holidays which means Bella only has one term left in infants and it’s only five months until Reuben starts school!  You can skip the next bit of blurb if you’ve been here before as you’ll have read it a million times!  Scroll down to see what we got up to in March 2019.

If you follow me on Instagram then you’re probably up to date!  But here is a more in-depth blog post of things we’ve been up to and family happenings.

I definitely started to feel brighter throughout March as the mornings and evenings started to get lighter and the weather warmed.  We had one really sunny week which was amazing and it felt just like summer.  It fooled us though as the next week it was freezing again and we even had a spot of snow!

My SAD definitely stated subsiding in March and I could feel myself perking up and being motivated again.  I’ve made Ben book off next February half term so we can get some winter sun so hopefully I won’t get as low as I did this winter ever again.  It’s good to start feeling more like myself again.

I have to mention the crazy weather day.  Here in Gloucester we had one crazy day where we had EVERY type of weather possible!  Did you have it too?  We had sun, wind, rain, hail, lightning, thunder and then snow!  It was crazy and I don’t think I’ve ever before seen all those weather types in just one day!

The biggest event in March was Reuben turning four years old!  Bye-bye toddler and hopefully tantrum years (soon please).  Four is officially more of a child age and definitely out of the baby/toddler stage.  I am excited for Reuben to start school at the end of this year and also for all the activities we can begin to do as a family.  With a three year age gap between Bella and Reuben there has been a lot of activities that Bella is too old for or Reuben is too young for!  I’m hoping we will begin to have a period of time now where they are both the right age group to do some of the same activities!

For Reuben’s birthday we just had a small party with close family and friends.  We had ten children and hired a local soft play so they got the place to themselves which they loved!  March is always a tricky month as at first we were debating getting a bouncy castle at home, but the weather is too unpredictable in March. It could be sunny and warm or it could even snow!  Last year we had to cancel birthday plans for Reuben to an outdoor wildlife park as it snowed!

The soft play party with food after for just ten kiddies was perfect.  It wasn’t too hectic and everyone got to catch up with each other.  I expect we’ll do something similar each year as it’s a great way to have a family and close friend’s get-together too.

The other unusual thing about Reuben’s birthday is that it’s the only birthday so far in our household where it’s a normal day.  Reuben went to pre-school, Bella went to school and Ben and I worked.  Mine and Ben’s birthdays are in the summer holidays so we’ve never been to school and we always book them off.  Bella’s birthday has so far always been in a half term so she’s not been to school yet on her birthday, though I think next year she will as it’s not landed in the half term week. 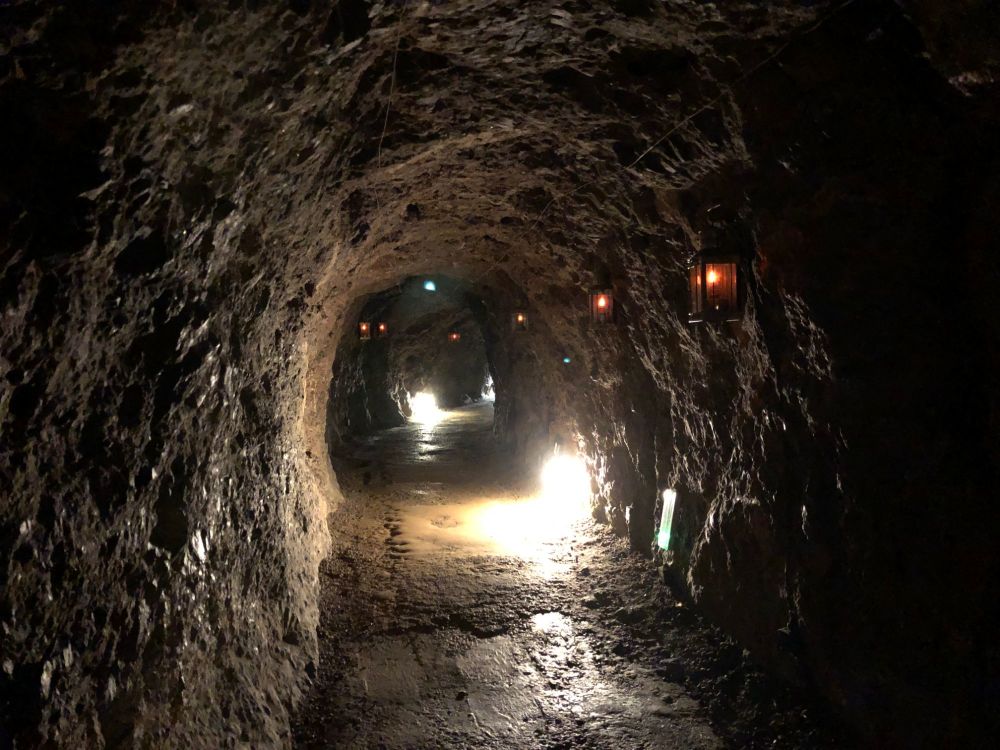 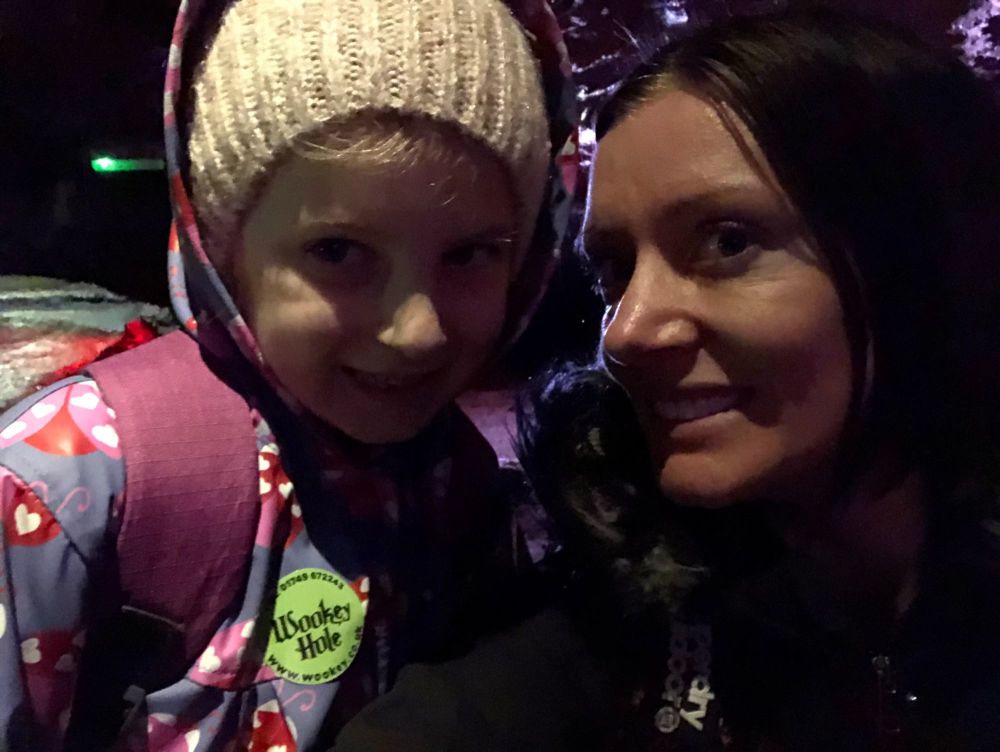 I realised we hadn’t had a family day out since December and thought it would help brighten my mood at the start of the month. We decided to tick something off our bucket list which was to visit Wookey Hole (Ben’s bucket list item for 2018).

It was really great to have a day out and it’s definitely a place that’s worth a visit, just perhaps when it’s a bit quieter and you can have more time to explore the caves. 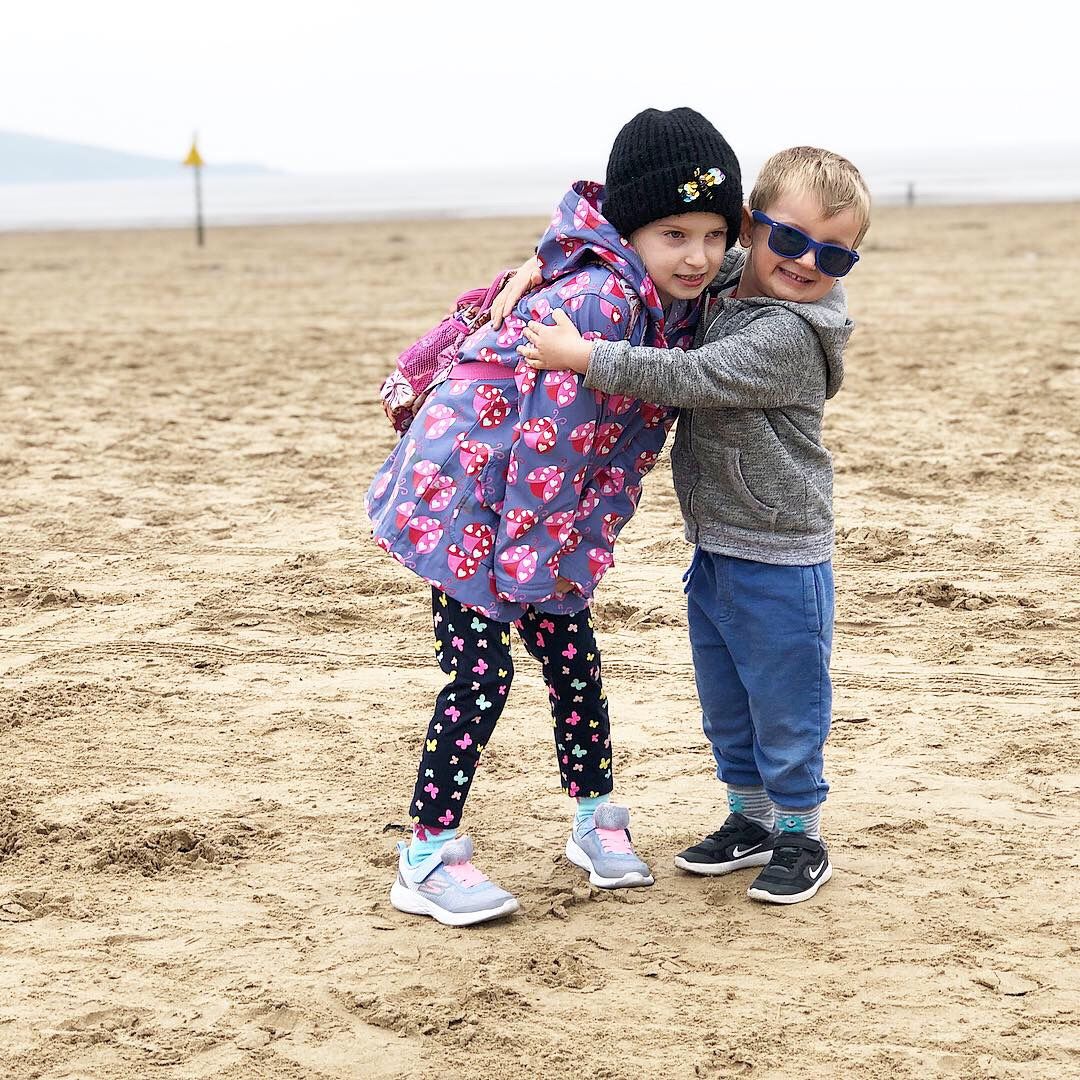 At the end of the month was Mother’s Day in the UK so we went to see my mum and sister in Weston-super-Mare for a few hours.  They don’t live there, but had booked a weekend away.  It’s only one hour away so we drove there to meet them at their hotel and spend a few hours on the beach and pier.  It was such a wintery day that we were all freezing, so didn’t have the sun soaked beach day we had imagined, but it was still good to get away for a few hours and do something different.

Read what we got up to on Travel Vixta here: A few hours in Weston-super-Mare

This month we gave our chickens away.  We re-homed them at The Secret Forest in the Forest of Dean.  We had our chucks for two years and at the time we were all eating eggs.  We wanted to know where our eggs came from.  A year later and I turned to a totally vegan diet, then Ben did a few months later and the kids not long after that.  So we haven’t been eating the eggs and either selling them at Ben’s work or giving them away.

They were taking up around a third of the garden and I want to put an in-ground trampoline in and climbing frame for the kids, so they needed to go.  It was fun having the chickens around and we’d definitely have kept them if we still ate the eggs.

I visited The Secret Forest around a year or so ago and remembered seeing animals there.  It’s a conservation project and not a money maker, so I thought they might like the chickens. I thought they might think me a bit strange simply emailing to ask, but they asked for photos and were really pleased to have them as they were the same age as theirs.

Phew!  I was really happy we were giving them a great new home where they’ll be looked after and not eaten or cooped up.

Now we just need to sell the coop and use the money to start funding some fun garden equipment for the kids ready for summer.

That’s pretty much all I have time to share right now and the main events.  Pop back to my Monthly Family Roundups next month to see what we get up to in April!