Certas Energy have created the below infographic as part of their #FixYourOwnHome campaign.  It highlights 10 common problems when buying an old home and how to fix them.  It’s really useful for homeowners, like me, as we are responsible for maintaining our own properties and the costs of the repairs.

Our experience of costly problems in an old house

It’s one of the great debates when deciding is renting or buying a property better.  My husband and I had the very same debate when we bought our first home together.  I wanted a brand new home that was only ever mine and had not been lived in before.  I also wanted to save the hassle of doing up a home and for it to be ready to move into immediately.

Ben, on the other hand, wanted to buy an older property.  Not only were they cheaper, but he’s a keen DIYer and wanted to put our own stamp on the property.  He also believes they are build much better.

In many cases that may be true and we’ve seen and heard some horror stories of new builds.  Ben has fixed a collapsing staircase for someone whose house is only 11 years old.  My cousin bought a new build and her neighbours roof literally caved in!

It makes me think that perhaps Ben was right for us to buy an older property from the 1960s, but it hasn’t been without its own problems.

Not only did we want to totally strip the walls, floors and ceilings and spend a small fortune on totally overhauling and modernising the whole property to our own taste, but we’ve also had some unexpected expenses due to the age of the property.

Upon moving in we quickly realised that there was no water pressure whatsoever.  It literally took over one hour to run a shallow bath to bathe our two year old at the time.  We couldn’t go on like this so called out some plumbers who confirmed our water tank needed replacing.  This did the trick, but set us back more than £2000!  Make sure you check the water pressure when viewing a house to buy!

As if that water tank hadn’t already caused us enough problems upon moving in, we then had water dripping through our living room ceiling just two days before Christmas!  Turns out one of the old pipes by the water tank had rusted through and the water was dripping out.

This was fixed by finding a local plumber, but cost a few hundred pounds to sort.  That’s why it’s such a good idea to save an emergency fund when you are a homeowner.

This one we haven’t fixed yet, but it’s on our to-do list!  Half the windows in the property are new and half are really old.  The old windows are no good.  The design is awful, but the main problem is our bedroom window is so drafty.  It doesn’t block out the cold or the noise.

I might try the resealing idea from the infographic below, but we’ve had a quote and it will be £800 to replace the window.  Another sting in our wallet.

Luckily the tiles all look good on our roof, but there’s quite a sizeable hole in the breezeblocks in our attic which can’t be good for energy efficiency so this needs blocking/sealing up.  Our chimney also needs repointing which will cost a few hundred pounds.

Watch out for old flat roofing on older properties.  We have a small amount including over the converted garage room.  When it last snowed and the snow collected on top of the roof, water started pouring into our garage room!  Another thing to add to our list of things to fix!

Asbestos is also another thing to watch out for in older homes.  It wasn't outlawed as a building material until 1999 in the UK, so homes built before this can contain it in the roofing, insulation, walls, floors and more.  If your old home has Artex ceilings and walls that are old, they may even contain asbestos!  You need to be careful about asbestos and make sure you use an asbestos removal specialist; do not attempt to remove it yourself as it is very harmful to your health.  If you are concerned you have asbestos in an older property then reach out to a leading asbestos removal company for advice, guidance and of course the safest removal.

Many of the electric sockets in our home did not work when we moved in and it turned out some weren’t even wired up - bizarre.  The old owners had literally put a plug socket on the wall and not had the electrics wired up to it!  We were also missing something vital on our main home electric board, so we had to hire an electrician to fix all these problems for us. 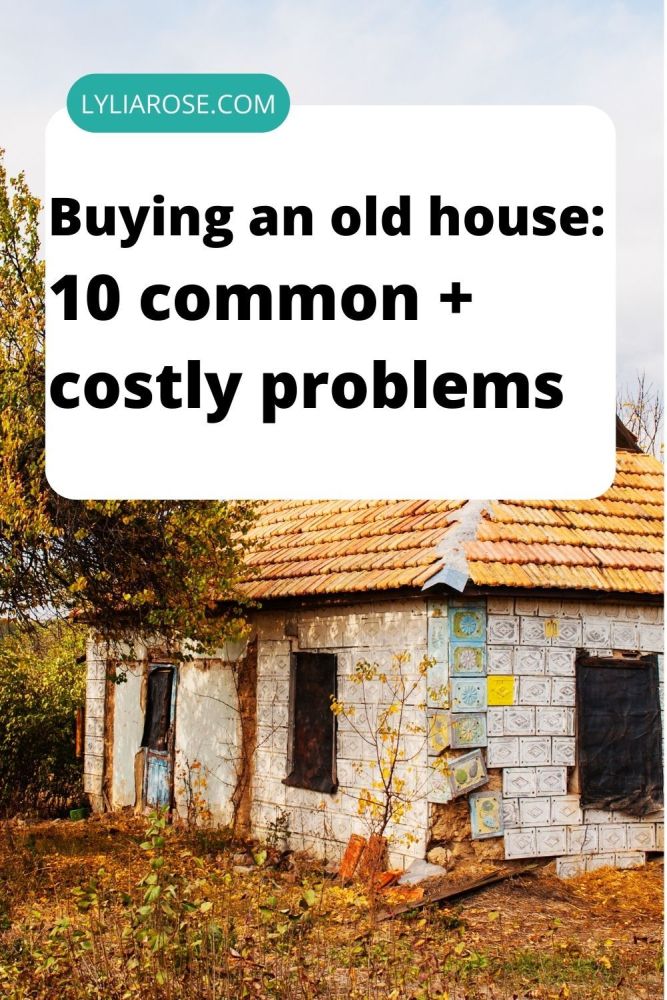 Whilst buying an older home can certainly save money on the house price itself, it does mean there can be many problems from wear and tear and old electrics/plumbing, etc, that need fixing.

Here are some more common problems and how to fix them. 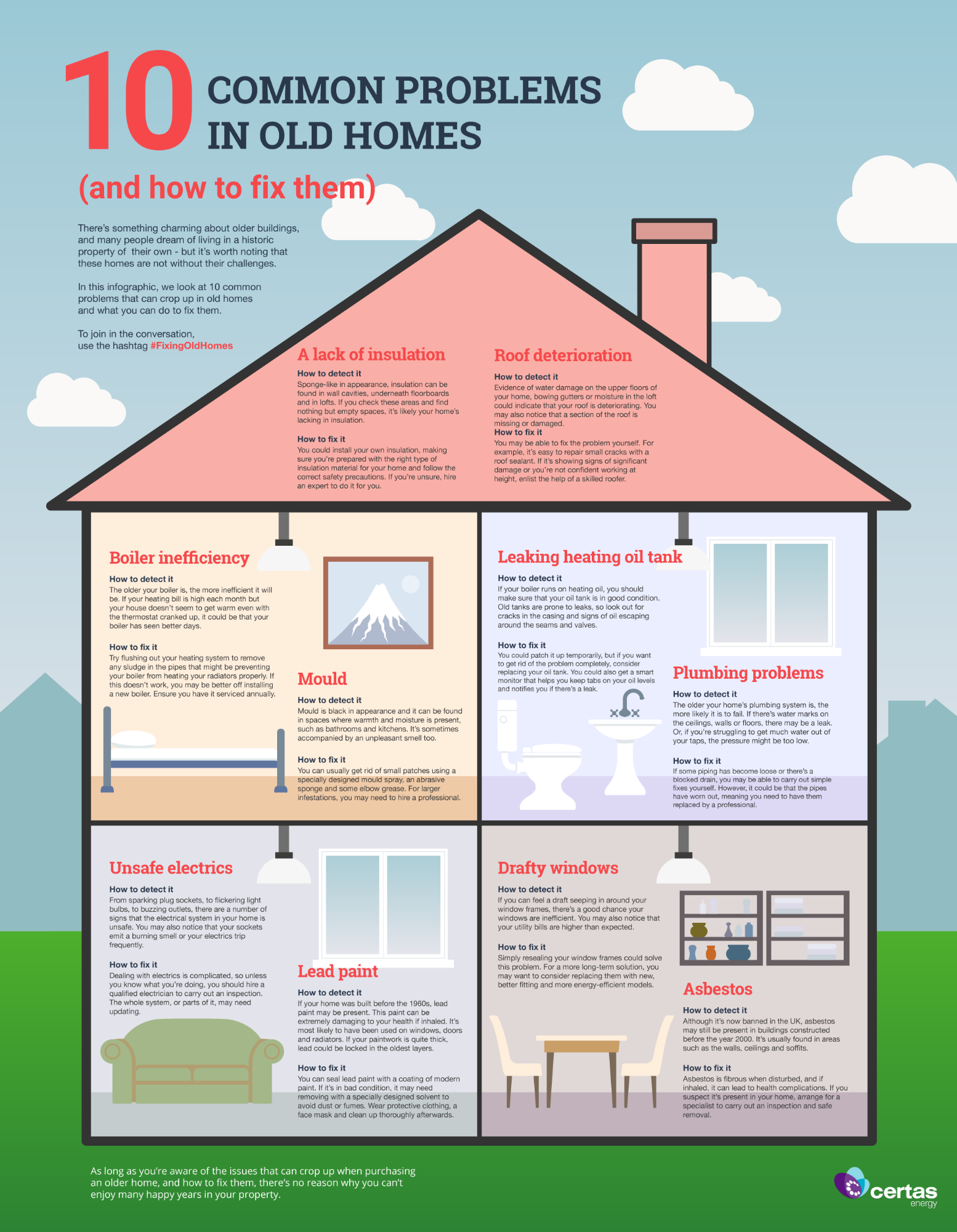