With the cost of living continuously on the rise from food prices to mortgage interest rates, rent increases, fuel costs and energy prices, many people may be looking for more ways to save money than ever before.  In times of desperation, people may even be tempted to tamper with their gas or electric meters to try and reduce their energy bills.

This is an act known as energy theft or energy crime which is not only illegal, but comes with life-threatening dangers.  Even if you do not tamper with your own energy meters, you or someone you know could be at risk from the devastating consequences of gas theft or electrcity theft if you are in rented accommodation, terraced housing or a block of flats.

In this article we will cover: 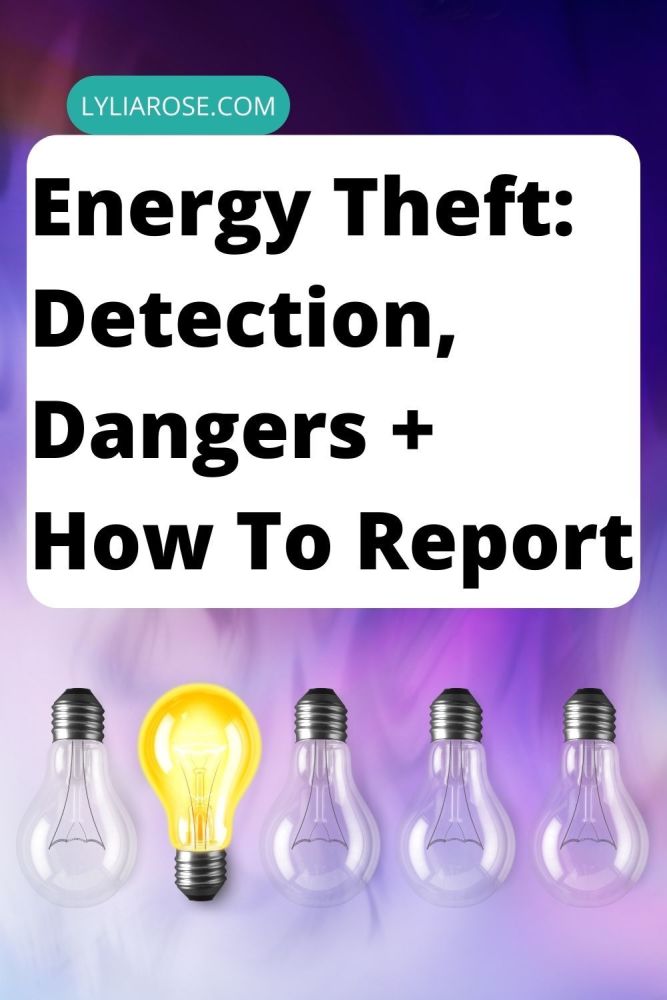 What is energy theft?

Energy theft is the act of stealing energy from the grid. It is the illegal use of electricity or gas without the intention to pay. It’s a crime that can lead to serious injuries, death, and property damage.

The most common form of energy theft is by tampering with meters or bypassing them altogether. This can be done by cutting wires or installing an illegal meter bypass device.  It’s also known as meter cheating.

Energy theft can also be when someone tampers with someone else’s meter or the street supply to steal energy.

Theft of energy is not something new, and it has been happening for decades, however, in recent years, there has been a rise in the number of people who are using electricity without paying for it. In some cases, this is due to their inability to pay for the electricity they use and an act of desperation. But in other cases, people knowingly steal electricity because they believe they won't get caught and can make a profit from it.  There are many reasons why people may steal energy and it is a growing problem in the UK.

Energy theft is a costly problem that can lead to criminal charges, power outages, and safety issues. Read on to learn the signs of energy theft, why it’s dangerous and a problem for everyone and how to report it in your area.

The hidden dangers of energy theft: how it can negatively impact everyone

Energy theft is often an invisible crime with people certain they won’t be caught when they commit it.  However, it’s not just the fact that it’s illegal that it shouldn’t be considered, but also because there are several dangers associated with this crime including death.

Tampering with gas pipes and electric wires is never a sensible idea.  Such tampering can result in electrical fires or gas explosions causing fires, property damage, injury and death.  Not only is this a risk to the individual committing the energy theft crime, but nearby neighbours and any friends, family or passersby present during an incident.  A gas explosion can have fatal consequences for people on the street too.

Tampering with electric meters can cause electrocution.  Other dangers of energy theft include poisoning from a gas leak.

Why energy theft costs everyone

Not only can energy theft cost lives, but it costs everyone financially.

The use and increased need for the fire service, ambulances and police cost every taxpayer.  Also, the theft of electricity and gas raises prices for every honest billpayer. It leads to increased costs for providers as they need to invest more in security measures and detection systems, as well as recover the price of the stolen energy.  Energy companies suffer a loss of millions each year because of energy theft, with the losses passed onto customers pushing annual bills up by an average of £30 according to research.

It will also cost the person who committed the crime a significant amount if their property has a fire.  Home insurance will likely not cover an individual if the fire was a result of illegal tampering with meters.  This can result in the energy thief needing to pay for building repairs and to replace their damaged property out of their own pocket.

What is the punishment for energy theft?

Hopefully, the dangers will be enough to stop a person from considering energy theft, but as well as the dangers it is a punishable offence in the UK and many other countries.  If a person is caught bypassing electric meters or gas meters then there are legal consequences.  It is a crime and against the law.  Gas and/or electricity theft punishment includes fines and even imprisonment.

Tampering with electricity meters or gas meters can result in a large penalty in the UK, or even imprisonment. Fines can be up to £2000 along with up to five years in prison for those who tamper with energy meters.

Those who knowingly obtain energy due to such tampering can also face large fines and imprisonment for up to three years.

Stay Energy Safe wanted to explore how much the UK public knew about energy theft.  They discovered that 50% of the UK population knows nothing about energy crime and 28% of people know what energy theft is, but don’t know the signs to spot.

It also costs every billpayer on average £30 per year as the energy companies suffer millions in losses because of this dishonest practice.

Energy theft detection: how to spot if someone is stealing gas or electric

There are some ways you can detect whether energy might be stolen. Here are some of the signs of tampering that indicate energy theft:

Be wary of landlords refusing you access to the meters if you live in a rental property.  They could have something to hide, especially if bills are included with your rent.  Landlords may tamper with the meters but still charge for gas and electricity to profit.

Also, be suspicious of people promising to save you a large amount of money on your gas or electricity.  A BBC investigation discovered criminal gangs are operating who charge people money to tamper with their supplies to reduce gas and electricity bills.

How do I report someone stealing electricity or gas?

Even if you are not stealing energy yourself, it can affect you or the people you care about if they are near a home where energy theft takes place.  Reporting energy theft is the right thing to do.

Also, if you rent a property or live in student accommodation, it could be that your landlord is stealing energy, putting you at risk.  Or vice versa, if you are a landlord, your tenants could tamper with the energy meters.  Perhaps you live in a block of flats and someone in your building has tampered with their meters, or your boss doesn’t want to pay for the energy at your workplace.

Electricity and gas theft can be a danger to almost everyone.  It’s important to be aware of the signs of energy meter cheating so you can report theft of electricity or gas.

If you detect that someone is stealing energy or overhear a person discussing energy theft then it’s important to report it so the crime can be investigated.  As we have explored above, there are many reasons why energy theft can be a danger to those stealing the energy, but also to other people who live nearby, their neighbours, friends and family, including children.

You may be wondering how to report someone stealing electricity or gas.  Crimestoppers have a free and anonymous tip-off service called Stay Energy Safe.

If you spot or suspect energy theft anywhere in the UK, you can report it anonymously by phoning the Stay Energy Safe line on 0800 023 2777.

Or complete this anonymous form.

Stay Energy Safe is a 24/7 energy theft tip-off service provided by Crimestoppers to help fight crime and save lives.  You can use the service to anonymously report electricity theft or report gas theft by phone or online.

However, call 999 if you see or smell smoke, see fire or if your energy meter is sparking or smoking. If you notice any of these signs, it is important to contact the fire service as soon as possible.

The fire service will be able to help you quickly and efficiently put out the flames and make sure that your property is safe.