This week we spent two days at LEGOLAND Windsor.  It was our very first trip to a LEGOLAND.  Well, Ben had gone as a child to the Denmark version, but he was around seven years old and could only remember his disappointment at the gold wash!  He remembers spending ages sifting sand for gold and proudly handing it in, only to be given a plastic gold coin in return for his efforts and even at that young age he felt ripped off!  Needless to say when we saw they had the gold wash and it was £4 for a go, we didn’t partake!  Other than Ben’s trip as a child, we hadn’t yet been.  It’s been on our list of places to visit for a couple of years and I thought the kids now aged 3 and 6 would have been the perfect ages.  In this blog post I am going to share my very honest review of our 2018 trip to LEGOLAND Windsor in the UK. 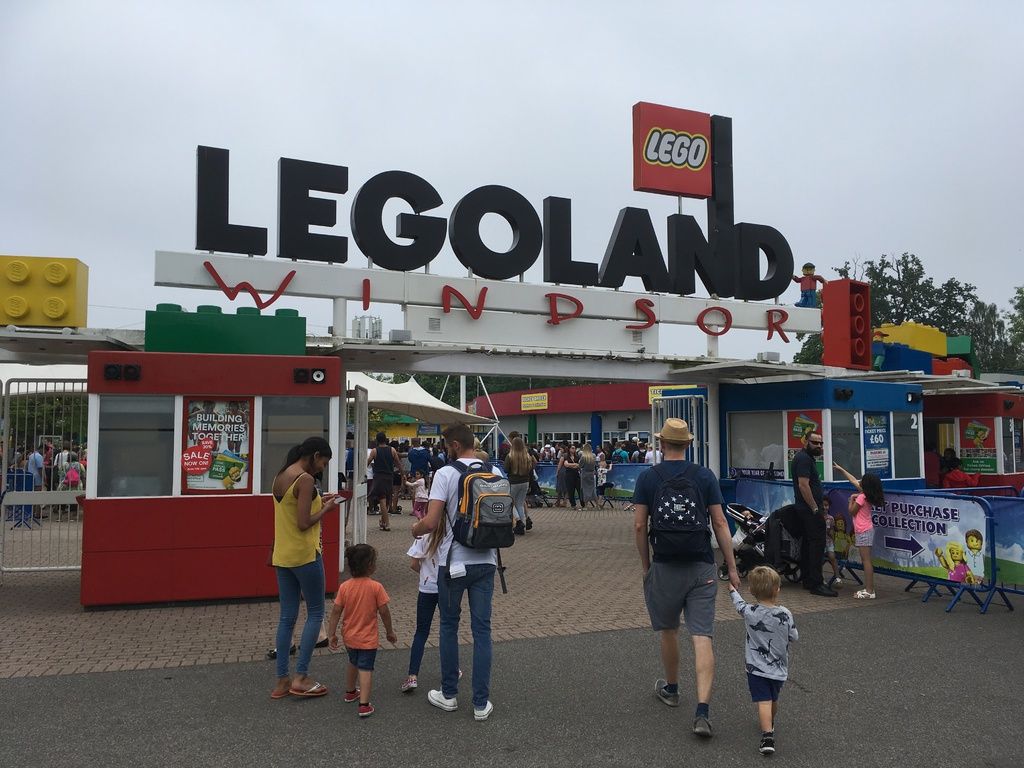 We booked the hotel through the LEGOLAND website, but we chose to stay at a nearby hotel instead of the resort hotel purely to save around £300!  Last year we spent around £500 staying at the CBeebies Land Hotel as a special treat, so I couldn’t justify spending the same for another one night hotel stay so soon.  That said, perhaps our entire experience would have been better if we had stayed at the LEGOLAND Hotel itself.  When we went to CBeebies it was the hotel which really made our trip so special.  The whole booking process was very easy and we booked a lovely Holiday Inn in Maidenhead.  The total cost was £190 for two adults and two children with two day passes to the resort and a one night hotel stay with breakfast.  Considering I’d heard how expensive LEGOLAND was from various people over the years, I didn’t actually think this was a bad price.  Perhaps people are referring to the price of a stay at the official hotel.

I had not read any reviews of the resort before going, nor had I read any blog posts.  I had no idea what to expect, but I did have high expectations.  After all, it is LEGOLAND!  LEGO has got to be one of the most popular kids toys, if not THE most popular, so I can imagine they are a very profitable company.  I would have assumed they would have poured their heart, soul and lots of this money into their UK resort to really make something incredible that blows all the other theme parks in the UK out of the water.  I thought it was going to blow me away.  I know it’s probably more aimed at kids, but I expected it to be so good that us adults were thoroughly impressed too. 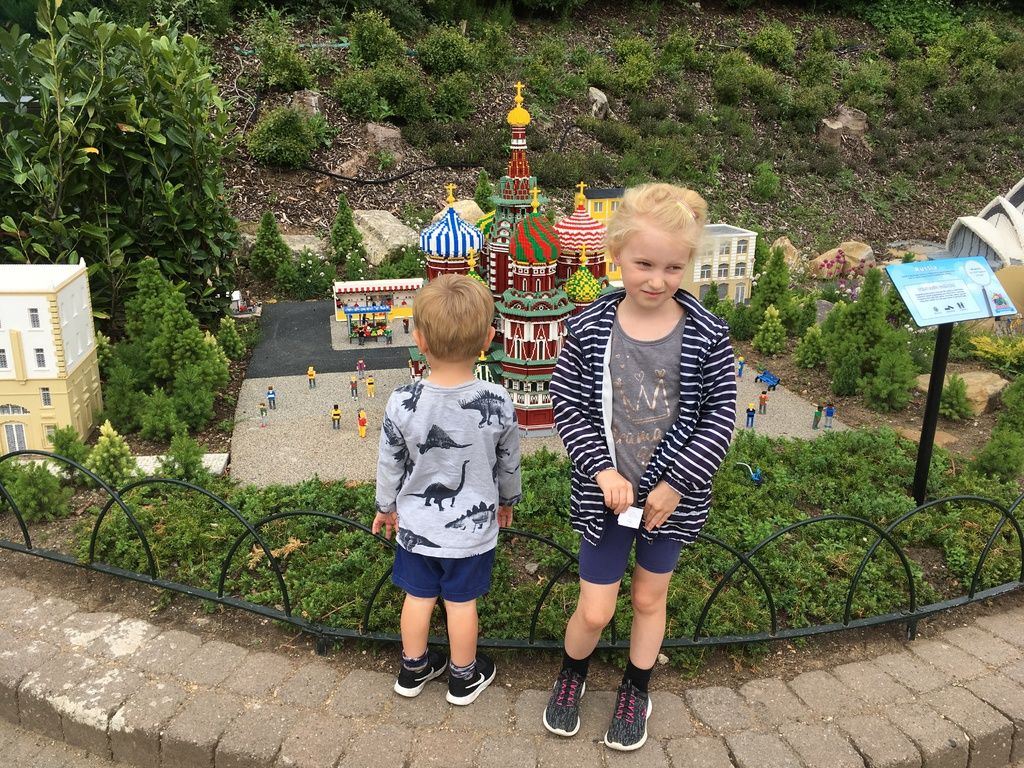 Unfortunately I think my expectations were a little too high.  Had I read the total mixed bag of online reviews on Google before going, I would have realised this and lowered my excitement levels considerably.  There are lots of 5* reviews, sure, but there are also many 1 and 2 star reviews from people who have attended recently who saw and thought the same as me.  I was reading them last night and constantly reading aloud to Ben to say, see, they thought the same.  What a shame.

I am going to share below the Good and the Bad of LEGOLAND Windsor in my opinion from our two day trip this week: 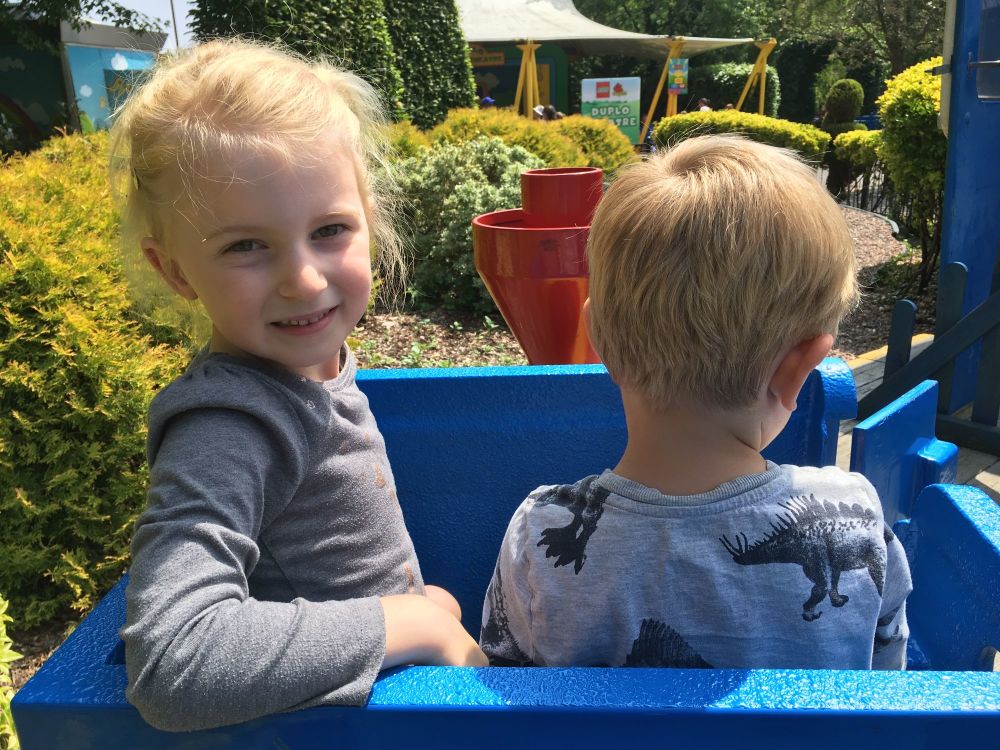 For a nice day out with the family to look at some interesting things and enjoy some kid’s shows, then it was good.  It’s got what you expect from a standard UK theme park, but as I said I was expecting more - so much more as it’s LEGO!

Onto the reasons why I felt it wasn’t as good as it should have been: 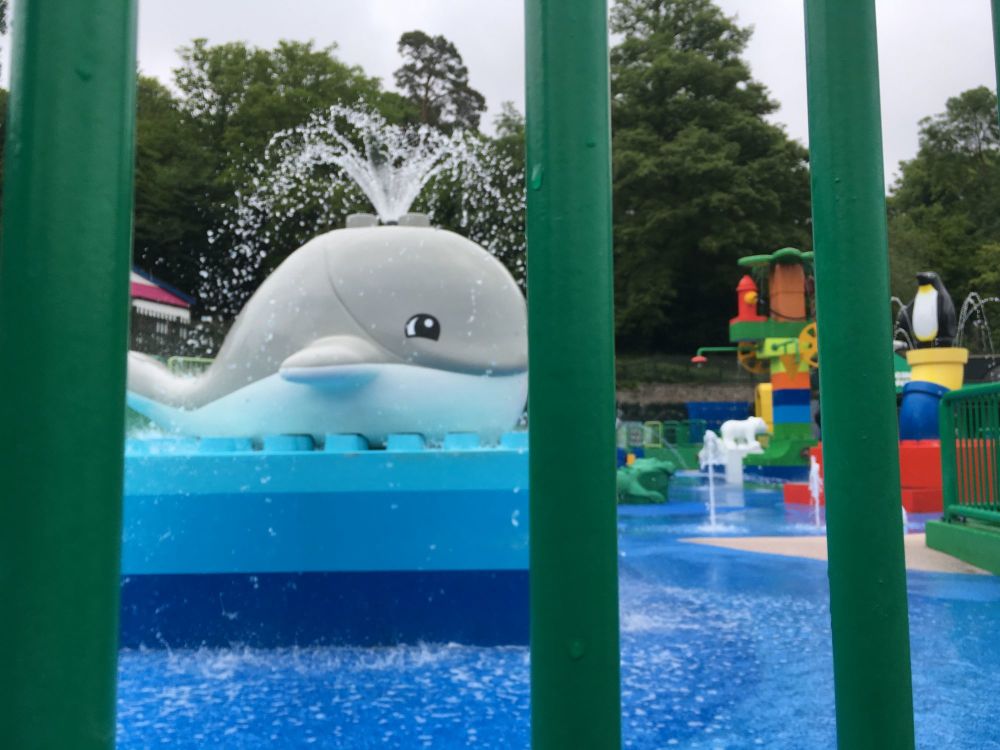 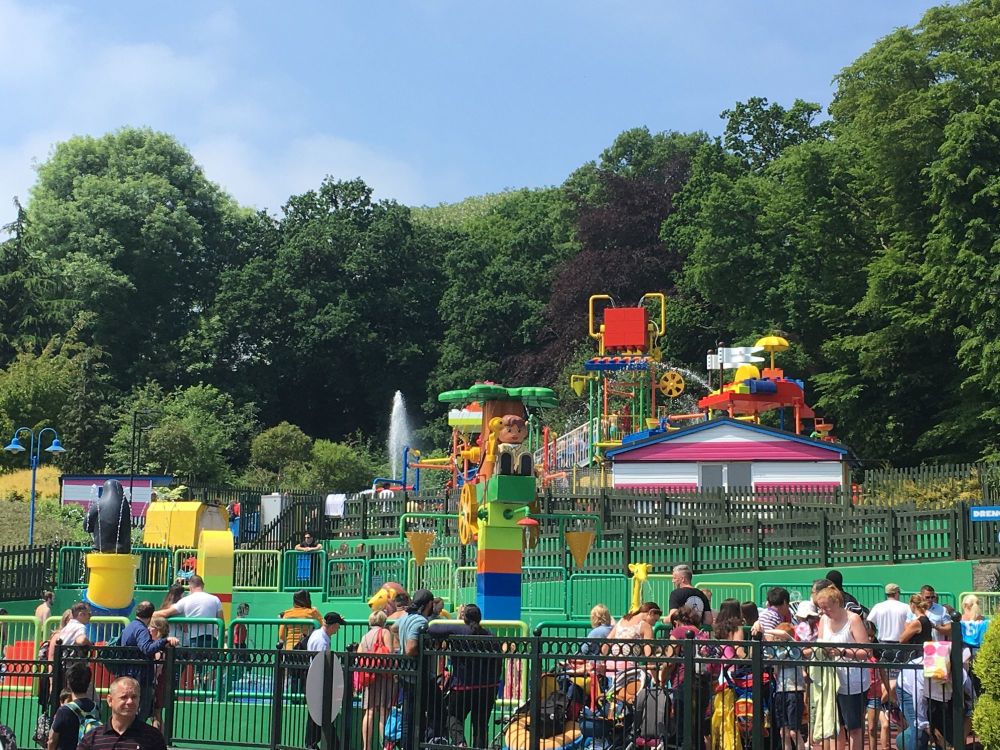 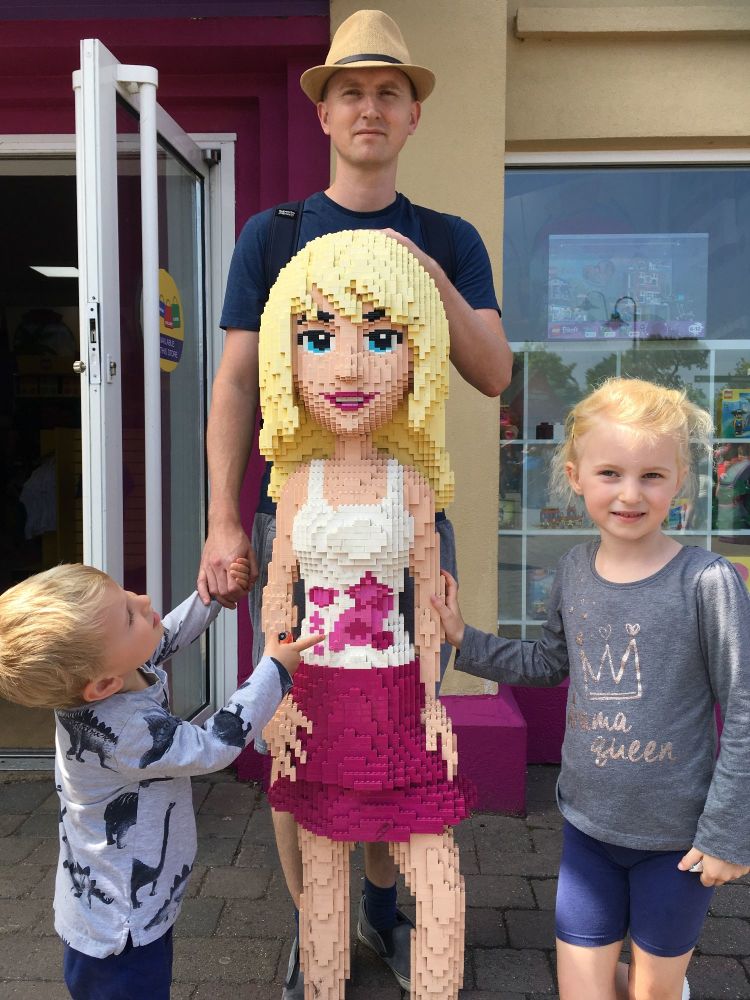 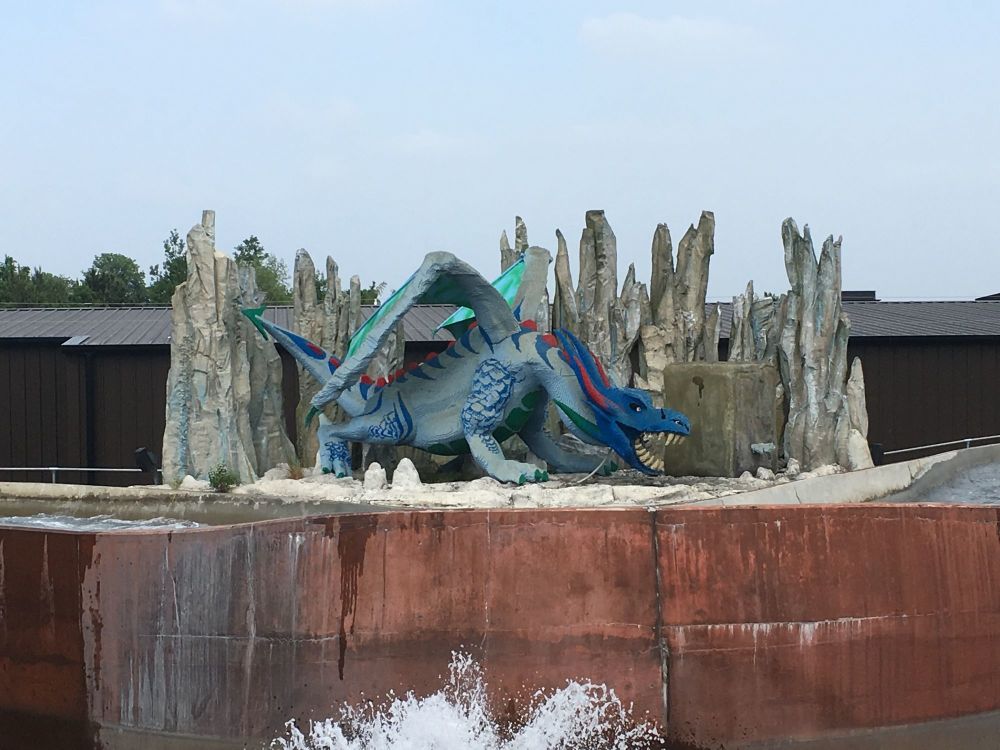 There were good and bad parts to our trip with two young children (ages 3 and 6), but for me there were just too many bad parts and I felt very underwhelmed by LEGOLAND Windsor.  It was such a shame as I had high hopes it was going to be the best theme park we had been to yet.  I think this is why I was so disappointed as I had expected so much more.  It is such a well-known brand though and I thought they would have really nailed it.
Perhaps it is better with older children who can go on more rides or those who are seriously obsessed with Lego!
The kids obviously know no different and had a great time, but I did expect me and Ben to be more impressed. Ben says it was good but not amazing.
When we left CBeebies Land, as an example, the kids were crying and they didn’t want to leave after two full days!  After a few hours on the second day at LEGOLAND the kids asked to go home.
I’m not bothered about returning anytime soon, but I would love to visit a LEGOLAND in the USA as I am sure they’ll be on the next level!  It’s what I was expecting from this resort.

Out of the theme parks we’ve been to recently with the kids I’d rate Peppa Pig as the best for young children.  It had lots of rides throughout the park suitable for the youngest of kids and was so well maintained.  Second would be the CBeebies Land Hotel, but purely as the hotel itself was so incredible for all day long entertainment that amazed the kids.  Read these reviews here:
Peppa Pig World Review 2017 (and where to stay for under £100 for 2 nights)
My Very Honest CBeebies Land Hotel Review 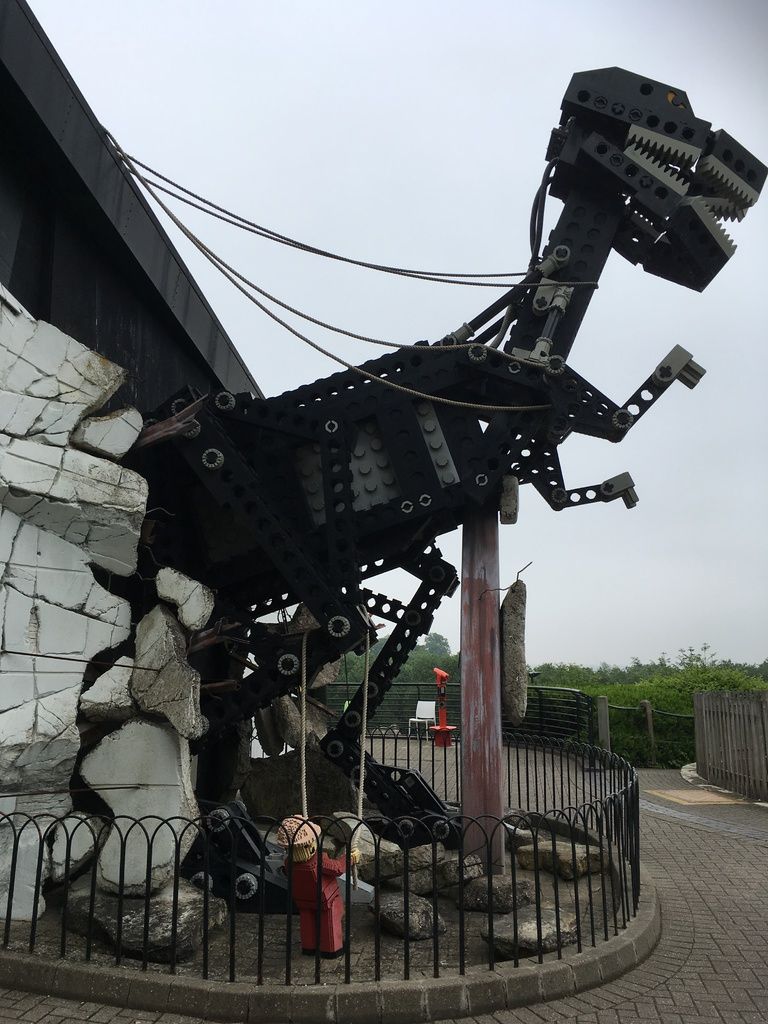 Family Travel Review: Pirate Tour aboard the Pedra Sartaña in Morro Jable, Fuerteventura
We The Curious | Bristol Science Museum Review
First Choice Premier Family Holiday Review: Club Jandia Princess Hotel in Fuerteventura
A list of 50 free and cheap things to do in the summer holidays with kids
A Kid Free Weekend: Hot tub glamping and zip wire fun at Chepstow Quarry
9 Free Things to do in Gloucestershire (with kids) 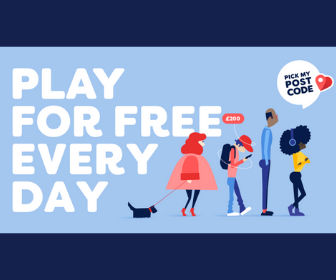