I would say the most important aspect of healthy living is what you put in your mouth on a daily basis. The food you eat goes a long way in determining how healthy you actually are. For example, if you exercise twice per week, but eat fast food four times a week and generally eat rubbish the rest of the time, then you’re not really healthy.

There are plenty of different diets and eating patterns you can follow to be healthy.  I don't mean a diet like a week long diet to lose weight, I mean a lifestyle diet. For many people, like myself, vegetarianism is a great idea. You eat natural foods, that are good for you, without having to support the killing and cruelty of animals. Some people like to take things even further and give up all animal products, turning vegan.  Of course you can still be very unhealthy as a vegan or vegetarian by following a sugar filled junk food diet, so I choose to follow a no refined sugar mainly plant based diet with some wholegrains only.  I also choose to eat as much organic food as possible to avoid chemicals that can cause terrible diseases and other problems.

See: 3 Important Reasons to Choose Organic (other than your personal health)

Despite the fact there is an abundance of evidence supporting the fact that vegetarian/vegan diets are healthy, some people still aren’t convinced. This is largely due to all the myths and lies floating around about these types of diet. They get a lot of bad press, normally because meat-eaters don’t like feeling bad about eating meat, so try and ‘prove’ that they desperately need meat because vegetarian diets aren’t good for you. Stupid, I know, but there are loads of people out there convinced these diets are bad thanks to all the lies. So, let’s put the lies and myths to bed in this piece! Here are the biggest myths associated with these diets, and how wrong they actually are. 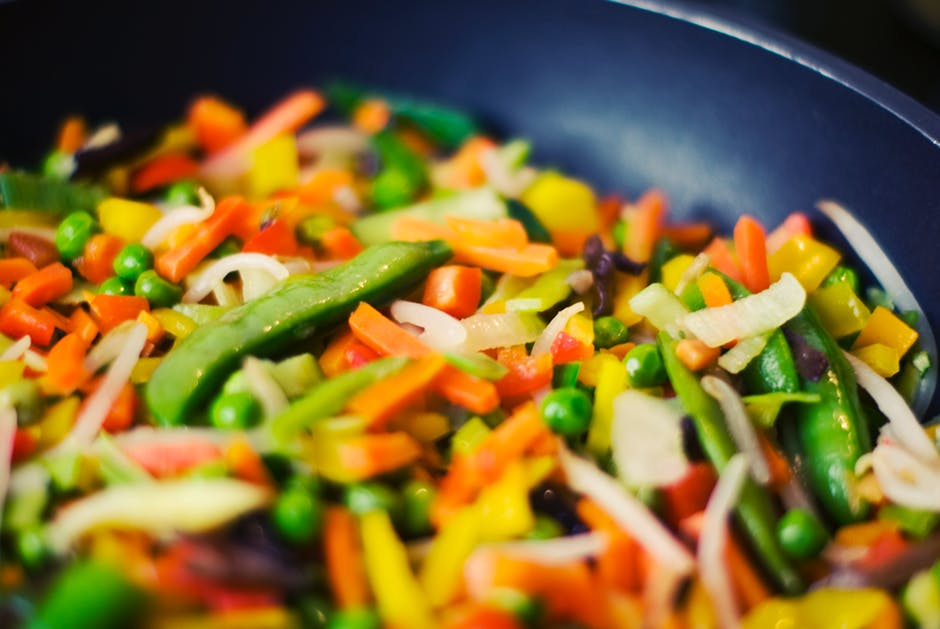 You Miss Out On Crucial Minerals/Nutrients

This is one of those myths you hear thrown about the fitness community as their way of justifying a high meat intake. You can’t possibly follow a vegetarian/vegan diet because you’ll miss out on so many important things like protein and iron. The effects of protein on your muscles and body are well documented for all to see. We know that you need it to build muscle, which can help regulate your metabolism. Likewise, it’s known that there’s an importance of Iron as a mineral supplement because it helps with red blood cells and recovery. In fact, women are desperately in need of a high iron intake thanks to the blood loss during periods. Can you guess the main source of iron in food? Yep, meat. The same goes for protein, the easiest way to get it is by eating different types of meat. So, you can see why people argue you’ll lack these minerals/nutrients if you don’t eat meat.

Unfortunately for any meat eaters out there, this just isn’t true. You can easily retain and gain these essential things by following a vegetarian or vegan diet. How? Well, while red meat may be a top source of iron, so are loads of leafy greens like spinach and kale. Similarly, things like chickpeas and nuts are a good source of protein. That’s without even considering the various vegan-friendly supplements you can take like protein powder and iron tablets too.  Hemp seeds are delicious and contain all the amino acids you need.   The bottom line is; you don’t miss out on anything. In fact, you’re more likely to increase your intake of essential minerals and nutrients, as vegetarian diets are packed full of vegetables and fruits containing loads of good vitamins.

You’ll Constantly Be Hungry And Tired

Another popular myth is that these diets deprive you of proper food and energy. In essence, you can’t eat enough because you’re missing out on meat - which means you’ll be hungry all the time, and lack energy.

As a vegetarian, this sounds like such a bizarre statement to make, and it baffles me that people believe this. But, I think I understand why this is the case. It simply stems from this outdated idea that vegetarians and vegans just eat salad. Or, more specifically, take a meat-based meal, remove the meat, and that’s what a vegetarian eats. People think you eat half the food because you’re missing half the meal in the meat. So, half the energy, double the hunger, double the fatigue. Obviously, this just isn’t true in the slightest. Vegetarian and vegan meals can still be very big and filling. It’s not just a case of eating lettuce all day long and settling for tiny portions. You can easily get a healthy calorie intake, and feel full and energized throughout the day. Some people even find they have more energy when they make the switch to one of these diets.

Your Food Will Be Boring And Tasteless

This point follows on nicely from the point above in that it builds off of something I mentioned. It’s this idea that vegan and vegetarian food is boring. People think we eat boring food that tastes of nothing. In fairness, I think a lot of this is down to some of the vegetarian options offered by restaurants and supermarkets. They usually tend to be quite boring and bland, which doesn’t help promote this lifestyle very well!

Again, this is just a myth. In fact, vegetarian meals are often full of more flavour than meat-based ones. This is because we’re forced to think outside the box and get creative to make some of the flavours you might lose from not having any meat on your plate. Plus, personally, I really dislike most meats anyway.  I think they look disgusting and taste disgusting.  I only really ate chicken and fish when I did eat meat.  I find fruit and veg so tasty and full of flavour.

Meat Replacements Are Bad For You

A lot of vegetarians like to replace meat with a ‘meat replacement’. This is usually something that’s made to look and taste like meat, without actually containing any meat at all. Yes, some can be bad and personally I don't eat almost any of them as they contain soy and sugar, but I used to and I'm sure they're no worse than a load of processed meat that most people consume.

In reality, most aren’t chemically engineered in any way. Some will even use things like jackfruit to replace meat. This is simply a type of fruit that takes on meat-like properties when cooked in certain ways. The bottom line is that they’re not unhealthy or bad for you. Most times they taste similar to meat, but contain less fat, calories, and are generally healthier.

You’ll Have To Give Up Lots Of Sweet Treats

This is a dealbreaker for a lot of people on the border of becoming vegan or not. It doesn’t necessarily apply to vegetarians, as a lot of the problems come from dairy products. Things like cakes and pies are made using butter or milk, which is an animal product. But, vegetarians also can’t eat things like Haribo or other gummy sweets because they’re made using gelatine, which comes from an animal. So, people are lead to believe the life of a vegetarian/vegan means giving up some of life's sweeter treats.

Hopefully, the Instagram post above this point will prove to you that this isn’t the case. You can make vegan-friendly sweet treats that are just as tasty, if not tastier. It’s yet another example of people assuming vegetarians/vegans don’t think outside the box. Plus, many sweet companies release vegetarian versions of their products, not including any gelatin. So, no, you don’t have to give up sweets or cakes!  But you really should give up sugar for many other reasons and look for healthier sweet treats.  Sugar (refined) is terrible for you and I avoid it at all costs.

See: Why you need to reduce your refined sugar intake

There Are No Real Benefits Of Quitting Meat

Finally, we have the biggest myth of all. It’s the main thing you hear out of the mouths of people that are determined to stick to their meat-eating habits. Let me first say one thing; if you don’t want to become vegetarian or vegan or cut down on meat, then that’s your choice. I’m not forcing you to change, other non-meat eaters aren’t forcing you to change; it’s up to you. But, you can’t go around claiming there are no benefits of quitting meat because that’s simply not true. If you choose to ignore those benefits, then no one is going to strap you to a chair and force vegetarian food down your throat!

The simple fact is that you can lower your chances of so many problems, such as heart disease, high blood pressure, some forms of cancer, etc. by reducing your meat intake. There are genuine benefits to not eating meat, and not a lot of negatives apart from some struggles as your body adjusts to the new diet. If you’ve been told there are no benefits, then you’ve been lied to!  Many vegans are the healthiest people out there.

There you have it; the biggest myths associated with a vegetarian/vegan diet busted. Remember, I’m not telling you how to live your life. All I’m doing is creating a level playing field by busting some of the lies told about these diets that put a lot of people off them. If you think the change is right for you, then it might help you live a healthier life in the future.