We sleep for around a quarter to a third of our lives, which is not surprising seeing as the recommended sleep length is 7-9 hours per evening for most adults.

Good quality sleep has so many benefits for our health, many of which I’ve covered in this blog before.

Though we are used to wearing a lightweight two piece (or nothing) to bed and kipping from around 11pm to 7am here in the UK, this isn’t the norm for other cultures around the world.

In this blog post I’m going to share some of the different sleep habits of different cultures and countries around the world:

A siesta is a daytime nap usually taken in hot countries after lunch.  It’s a traditional practice in Spain where businesses even close for a few hours in the afternoon.  Apparently the Spanish sleep a little less a night time, but they make up for it during the day.  I’ve read articles saying it’s a dying tradition, but we were in Fuerteventura last weekend, a Spanish island, and the shops were closed mid-afternoon. 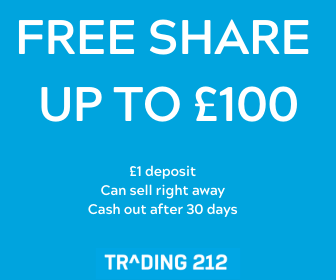 In India the traditional clothing called kurta pajama is not just for night time.  It’s a knee length collarless garment that can be made from cotton, linen or even silk with a patterned elegant look.  People wear them at major events, to work or even casually as it’s much more comfortable than a pair of jeans and t-shirt.  It’s not really a pyjama in the sense we would call something a pyjama as it is standard daywear too.  I once remember my uncle telling me it was illegal to wear nightwear outdoors in the UK when I stepped out into the porch one day to answer the door to him.  I was only a young child and I believed it for years and years!

In most of the world children and babies sleep in with their parents.  In the UK, some of Europe and the USA we move our babies into their own rooms at around 6 months old to a year.  We often have sleepless nights during the transition, so perhaps we’re making a rod for our own backs by moving our kids so early?  Many other cultures share beds with their children for much longer.

In countries such as Norway, babies are left to nap in their prams outdoors.  I know this used to be more common in the UK years ago too.  Babies would be left in the garden in their prams to sleep.  I know my children would sleep for longer by the back door in their prams if we returned from a walk and they were already snoozing.  It’s thought napping in the fresh air improves health too. We all know lots of Brits love a cup of tea , but some Brits will have their tea before bedtime!  I know it’s true as I know people who do this.  I’m not sure how they manage it as the caffeine would keep me awake, but an old work colleague I once knew could never sleep without her night time cuppa.

Whilst we are used to sleeping on a mattress raised from the ground by a bed frame, and probably wouldn’t think of sleeping any other way, there are some people who either sleep straight on the floor or not on the floor at all. In many south Amerian countries such as Brazil, Columbia and Mexico, some local people sleep in a hammock rather than a bed.  They are light and airy and keep the sleeping person away from creepies and crawlies that may be on the ground.

In Guatemalan culture, worry dolls are given to children to sleep with under their pillow to stop them from having nightmares and bad dreams.  The dolls will worry about the child’s or person’s problems and allow the person to sleep peacefully.  Used traditionally by children, they are also used by adults too.