The ONLY two things you’ll need when flying with children

Last week we visited family in Germany.  We took a flight from Birmingham to Hannover which took around 1.5 hours there, but 2 hours back because of wind.  It’s a short flight as far as flight lengths go, so nothing too bad for children.  Though lots of people seem to say to me how short it is, forgetting about the rest of the journey!  We left our home at 2pm and didn’t arrive to our accommodation until gone midnight!  They are only one hour ahead.  That’s a long time travelling with a five year old and two year old.  Our flight was delayed which didn’t help!  We always seem to get the delayed flights and once it even got redirected because of bad weather, doh!

We’ve been to Germany five times since having our children.  Ben’s mum is German and moved to the UK in her twenties by herself, so the rest of the family is still there.  We go to visit Ben’s Gran, the children’s Great Gran, who is 93 so can’t fly to us.  The joy on her face when she sees the children makes the trip worthwhile every year.  I’ve often seen people rudely comment how those with children shouldn’t fly, but why shouldn’t we?  It’s the only way for some family members to be able to see each other.  Plus, even if it was for a holiday, which we’ll be doing next year, why not?  Don’t parents deserve a holiday and break, if you can call it that, just as much as anyone else, and perhaps even more so?

The flight, which I was worrying about most, was actually the easiest part of our journey this time!  The worst was probably the airport with Reuben being a wriggly monster and shouting ‘harrow’ at top volume to people trying to read their books in peace.  He just wants to say hello to everyone!  The flight, though, went really well both there and on our return thanks to two things:

I’m sure there are some iPad police out there rolling their eyes at me, but seriously, would you rather screaming annoying children the whole flight instead?  No, I didn’t think so.

iPads are such a life saver when it comes to keeping children entertained in boring situations where they don’t want to sit still, like flying.  Reuben at first did not want to sit in his own seat, preferring mummy’s lap.  But they wouldn’t let him sit on me as he’s over two, so has to have his own seat by law.  Would he go?  Nope, he was a wriggly noisy mess.

Ben passed me the iPad.

Instant quietness and obedience -   he stopped his fuss immediately and sat in the seat no problem for the entire flight!

The snacks are also perfect to keep child amused and quiet when needed!  But I also had a secret plan to stop their ears hurting as they’d make them swallow during take-off and landing.  My ears always pop, but I know to force a yawn.  The children don’t understand this so it’s drinks and snacks at the ready just in case.  They are also great to distract them from any loud noises or strange feelings during the rise and drop.

So there we have it.  The two ways I kept my young children happy during the flight.

What keeps your children happy whilst flying?  Let me know in the comments. 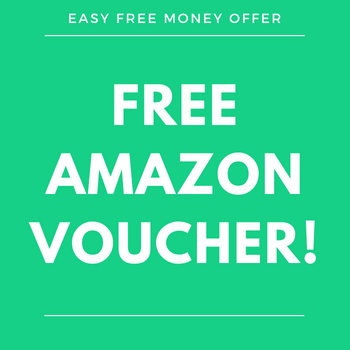