The Vegan Society is targeting the UK Government with a petition calling on public sector institutions to provide at least one vegan food option on every menu every day.

Campaigners say there is potential for England to become the first country in Europe to enshrine a right to good quality, affordable, plant-based food in law.

Offer at least one vegan option on every menu,  urge campaigners

Veganism is a protected belief under the Equality Act 2010 in England, Scotland and Wales but many hospitals, schools, universities, councils and prisons fail to offer vegan food, with patients and schoolchildren "often going hungry".

During the Party Conferences season this autumn, The Vegan Society is campaigning to protect the rights of vegans and for our health, the environment and animals.

The charity will hold a series of fringe events and hold stalls at the conferences, educating attendees about the rights of vegans and lobbying for change.

Louise Davies, Head of Campaigns, Policy and Research at The Vegan Society, said: “The Government is responsible for ensuring that our public sector provides for vegans in the UK and the proposed legislation would assist in fulfilling that obligation.

“Provision for vegans in the public sector is lacking, with hospital patients and school children often going hungry.

“We hope that vegans and non-vegans alike will agree on the importance of our petition and join us in urging institutions to provide healthy and environmentally-friendly vegan food.”

The Catering for Everyone campaign has been encouraging public sector institutions (schools, hospitals, universities, councils and prisons) to increase their plant-based options.

An English county council, universities in Manchester and London, and a Welsh health board are among the many public sector institutions making positive changes to their menus due to this campaign.

Portugal has introduced legislation compelling all public sector canteens to provide a vegan option on their daily menus. 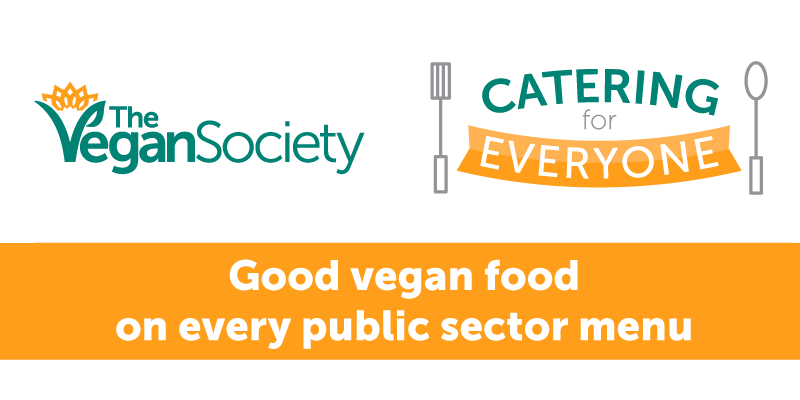 The number of vegans in Great Britain has quadrupled in the last four years. The British Dietetic Association says that well-planned vegan diets are suitable for every age and life stage and the United Nations has urged a move towards a meat and dairy free diet for the benefit of our planet.

The Vegan Society will be gathering signatures for its Westminster petition at Party Conferences, all five of which it will have a presence at.

As well as the Westminster one, Scottish and Welsh citizens can also sign Vegan Society petitions run in their corresponding countries.

My Very Honest UK Vegan Campout Review ­ (as a family)