One thing I regret not doing when younger, free and single, is travelling.  Now I have the urge to travel, but I have a house, kids and responsibilities, so I can't just pack up and go!  I hope we can travel lots as a family starting this year as the children are a little older and Reuben is coming out of the toddler stage.  Another year and he'll be four which should make things a lot easier travel wise.  Luckily I can still dream and research the amazing places we want to visit one day.  I hope when Ben and I retire we'll travel as much as possible too, perhaps in a RV! If you are looking for some truly interesting geography which is vast enough to see from space, then visiting the Sahara desert will afford such a fantastic opportunity. The well-known and little-understood Eye of Sahara is a highly colourful circular formation of sedimentary and metamorphic layers which is guaranteed to blow you away. Although it is not located in the most hospitable of places, it remains one of the greatest geographical sights anywhere on Earth, and you can spend hours happily marvelling at its beauty and its utter strangeness. Well worth a visit if you want some time in the desert.

Florida is home to the Florida red tides, so called for their extravagant and vivid colour, produced when marine phytoplankton algae accumulate in the water column. But you don’t have to understand the scientific explanation to appreciate the beauty and wonder of it - these tides are incredible to behold and, in many respects, the ideal location for the wandering aesthete. Similarly, if you are looking for a surprise romantic getaway destination, then this can be one of the most beautiful places to go for such an occasion.

There are a thousand fascinating things to do in Iceland, but easily one of the most interesting is one of its geographical wonders. If you take a trip to the Thingvellir Plain, a point between North America and Europe, you will be able to actually see the meeting place of two of the world’s bigger tectonic plates. You can actually witness - albeit, very slowly - the movement of these two plates away from each other - something which you cannot see in many places around the world, and something which you are pretty unlikely to ever forget either. A truly astounding geographical sight for anyone to appreciate.

The beautiful region of Capri in Italy would be a fine destination for any normal purposes, regardless of anything else that it might bear. But as it happens, there is plenty else besides the normal tourist sights which you can delve into where - not to mention one of the most stunning natural geographical wonders anywhere on planet Earth. The Blue Grotto, as it is known, is a beautiful cave with a bright and lucid blue colour, and it is something that you have to see for yourself to truly appreciate how wonderful and stunning it is. But if you do get the chance to, you will hardly regret it - it is a favourite destination even for Italians themselves and for a very good reason indeed. 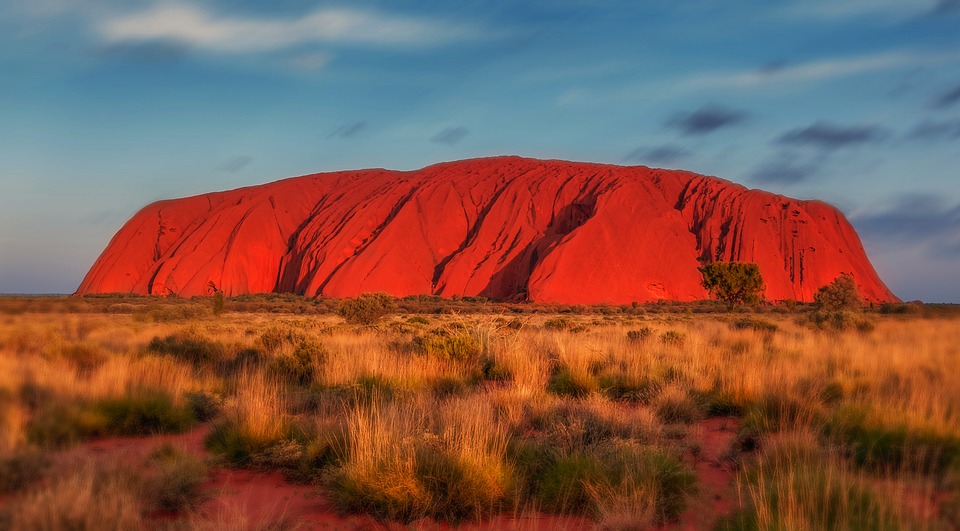 Australia has to be one of the very top destinations for anyone interested in geographical eccentricities - for both the quality of these and the quantity which you can expect to come across. It is, after all, home to a strangely high number of these natural phenomena, and it has to be one of the absolute most unique countries for geographical sights in the world. Take Ayers Rock, for instance, or Uluru in the native tongue - a huge, natural slab of rock slap bang in the centre of the vast country. It is a sandstone outcrop which is said to have real spiritual meaning for the indigenous people, and which is beautiful for any eyes to behold.

But if that were not enough, Australia is also home to the largest and most diverse coral in the world, the famous Great Barrier Reef. This reef is, sadly, gradually disappearing, so there has never been a better time to visit - and pay a donation to those attempting to preserve it as well as possible. Either way, for now it is truly one of the most marvellous and stunning geographical wonders on Earth, and a real bucket list type destination for travellers of all kinds. There is plenty besides these two in Australia too, and it might be considered a must-visit for anyone interested in geography at all.

Although not one of the most popular tourist spots in the world, the fact is that the country of Turkmenistan is home to one of the strangest - and most widely mythologized - natural geographical freak occurrences on the planet. The so-called ‘door to hell’ is a natural gas field located in Derweze, and it has been burning on natural gas for 42 years - and counting. Geologists suppose that there might be an infinite amount of natural gas in this spot, allowing it to burn potentially for as long as the planet itself is spinning. A truly weird site, and a must-see for those who like something a little different to the usual holiday.

The South American nation of Mexico is an often visited tourist destination, but there is one geographical wonder which you might not have heard of. Yet, it is likely to be one of the greatest places you can possibly visit on the planet. The Crystal Cave of Giants is a natural showcase of the largest crystals of selenite ever discovered. Heat from under the natural floor has caused these to develop, and scientists predict that they are not going anywhere just yet. It’s well worth a look if you are considering Mexico as your next destination.

There are plenty of weird graphical sites around the world, and it can be hard to know where to begin. But no matter where you end up going next, you can be sure that there will always be something of the natural world which can amaze you. In essence, this is what nature is best at - astounding you with what it finds completely normal and effortless. Keep Up to Date Anywhere in the World

Why A Skiing Holiday Could be the Perfect Family Adventure

This blog does not offer professional advice, but personal experience, points of view and articles for entertainment purposes only. This website has ads and affiliate links throughout - click here for more info.

Ways to make money from home

It amazes me how many people still don’t use cashback sites.  It’s free money back for all the things you already buy!

Tax-free cash in your spare time!

I highly recommend matched betting to make tax-free cash in your spare time. I made £5685.15 cash from home in 26 months using Profit Accumulator as a total beginner. Try two offers for free without subscribing! Easily follow their step-by-step guides and videos. I didn’t 'get it' but followed their instructions and made over £5600 in two years in as little as 30 minutes a week! Check out all my articles in my matched betting blog or learn more about PA here: